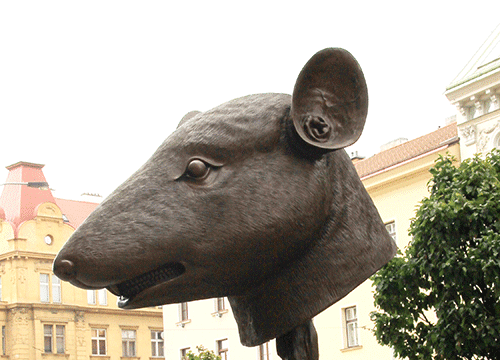 This year marks for you a change of dynamics compared to the Monkey year, Rat. 2016 was a year of professional and personal opportunities, that might have given you some good career evolution; especially in the second half of the year. You also benefited from the help brought to you by the Monkey, which might have given you new friendships or a love story.

In 2017 you still receive some support from the stars, but in a different way. Everything will ask for more efforts and you will have to work harder to satisfy your needs. Your personal initiatives are what will change your destiny, rather than relying on good luck. The good aspect of 2017 is that your charisma will be strong, especially from August to January 2018. The challenge is that you need to plan well for your finance and career evolution to go in the right direction: there is no room for improvisation this time. The first 6 month of the Fire Rooster year will probably ask you for more efforts and control; then the next 6 months could bring some openings that you were hoping for in both your work and love life.

The Rat love life during the Rooster year

Love: let’s talk about it. The Monkey year might have manifested some nice support in your life, through a new person and relationship. If that is not the case because you were not ready or because your Bazi chart was saying otherwise, then good news: 2017 gives you another chance at it. The dynamics are however fairly different. It is not so much destiny that puts someone on your path; rather, your attitude and energy will eventually attract nice people in your life. Especially in the second half of the year, when the Rooster comes in. The Rooster is actually your Peach blossom sign in Chinese astrology. Simply put, it is a sign that adds to your charisma. For men however, it is easier to meet someone new during the first half of 2017 and for women, it is the second half. Keep an open mind about your possible future partner, as the Rooster could manifest someone quite different from who you are.

If however you are already in a relationship, some tensions are likely especially around spring and summer time. You could have some stormy talk, as your patner ask you to speak your heart and also to be more realistic. Both are not bad ideas actually; in 2017, try to understand how your partner and others think before judging what they are telling you.

The Rat work and money during the Rooster year

For your work and finance, this Fire Rooster year is a bit more difficult than the one that just ended. In the first half of the year you must deal with the Fire energy. In Chinese astrology, the Rat is a Water sign. This Fire represents both money opportunities and challenges for you. It is a karmic year in this area of your life. Between February and August you’ll most likely will be dealing with either unexpected expenses or much needed investments. If you are not tidy and serious with your accounting, you’ll be afraid of those changes to your budget. The good news is: if you are reafing this horoscope then those expenses are not unexpected anymore! Just put some money on the side to deal with those situations, my Rats friends…

At work, you can expect tensions and maybe ego fights during the first half of the year. It will be a good time to use your intelligence and acute knowledge of human psychology to face the expectations (that will sometimes be unrealistic) of your colleagues and bosses. If you work for yourself, expect to have to fight a bit with your clients and providers; eventually you should get some new contacts. If you want to change work, the best period will be between August and January 2018 – especially the last week of August and first week of September. Your charisma will then be at is peak for your job interviews. It can also be a good time to negotiate a pay rise or a promotion; it will depend on how professional you have been during the first 6 months of the year.

The Rat health during the Rooster year

In this area of your life, it was a bit up and down in 2016 for your Rats. 2017 is a bit of the same. You need to take care of yourself. The clash between your energy and the Fire of the year can bring skin problems: psoriasis, dry skin, eczema or rosacea etc. Basic skin treatments would have less chance to work at this time. You will therefore need to treat the root of those problems, such as intestinal ailments. Homeopathy and a diet rich in mineral (with ghee and fresh pollen) will help you to cover possible deficiencies. Your stress will also be real in the first half of the year and could bring psychosomatic problems: take some magnesium to calm your nerves. The second half of the year will give you more or rest. It ill be the right time to take care of you and of your look; you might want to take the waters, for example. It will also be a good period to find a specialist, a new doctor or a psychologist if you need to work on a specific issue. Solutions will come to you if you are actively looking for them.

Good or bad, it’s all a question of adapting. Even during a stormy weather, any sign can have a great year. The key is to know what is coming for you, prepare and adapt. And did you know that you can have one, but also two, three or even four Rat signs in your birth chart? It is called the Bazi or Four Pillars of destiny. This form of Chinese astrology that I specialise in provides you with your personal map for this life, to find your true calling, know your timing and evolve positively. To know your true self and foresee what is ahead for you during the Rooster year of 2017, contact me now for your Bazi consultation. The Rat sign by Ai Wei Wei, and its horoscope by Laurent Langlais! Image source: http://upload.wikimedia.org/wikipedia/commons/c/c6/Aj_Wej-wej_Zvěrokruh_Rat_Praha_2016_1.jpg