Skip to content
Home » The Monkey horoscope for 2017, year of the Fire Rooster. 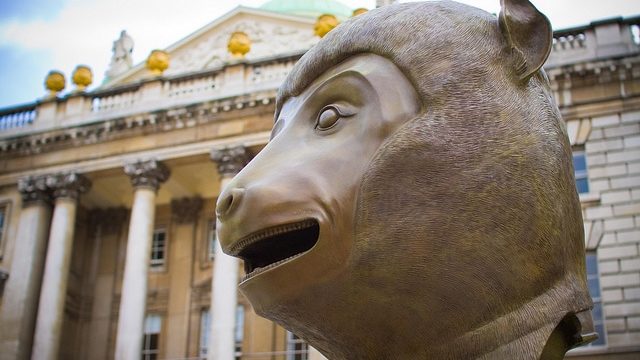 Horoscope 2017 for the Monkey

My friends of the Monkey sign, you can now breathe. The storm has passed…The year 2016 marked the return of your sign, which sent you into great introspection, evaluating your past and whole life. This phase is now over. That being said, the Yin energy of 2017 might be a bit frustrating to you. You like to fly from branch to branch and the Rooster prefers to take its time. The energy of the Fire Rooster invite you to transform you ways of doing, subtly but efficiently. You won’t be able to escape your duties with a trick during the Rooster year. Nevertheless, real opportunities are likely to show up in 2017, especially with your work.

The Monkey love life during the Rooster year

In this area, the influences are rather unpredictable for you in 2017. If you are single, it is likely that you’ll encounter one or more people whom will be intriguing. You Monkey will have to make the choice of following them in their craziness, or not. If you are willing to take a chance and get out of your comfort zone, it could actually lead to a great story. If however you are unsure of what you want, be careful with the grey areas. There is some possible confusion for your love life in 2017: an ambiguous friendship or a love triangle could show up and end up being really frustrating. If you are already in a relationship, you have nice perspectives for your couple this year. There could be some odd tensions and even some competition between the two of you, but the solution is obvious and easy to implement. If your partner and you look in the same direction and invest into a common project – a personal or even professional one – you can move forward and establish virtuous dynamics. As far as common project go, the year can also be the right one to adopt or conceive a baby.

The Monkey work and money during the Rooster year

Professionally speaking, the vibe could be tenser for you Monkeys. More than for the other areas of your life, this year the tendency is: evolve or be overlooked. If you work for a company, it would pay off to take a chance and accept bigger responsibilities. At work, it is wise this year to be proactive in your desire to progress; show it and speak openly about it. Be mindful however that a new position or project will bring some stress that will show up during the second half of the year. Still, it is worth it in 2017. If you are freelancing, you should also aim at offering new services and communicate differently. Expect to have to fight a bit, as your niche market could be competitive this year. Finally if you are looking for work, the first half of the year is more auspicious to find some.

As for your money, unexpected expenses could show up; either this or necessary investments to be made. This money out could depress you a bit, especially from September onward. You should however accept this and quickly move on, rather than lament. Your perspective at work are rather good and should help you maintaining your cash flow during the year.

The Monkey health during the Rooster year

In this area, the tendency is good. For anything to do with the physical, you are under a good influence. You can actually go further in the sport your practice this year. It is a good year to improve your performance as well as discovering other sports. Mentally, you shall refrain from overthinking situations. The year entices you to focus on creativity and get your projects off the ground. Creativity and artistry are areas where you can shine in 2017, Monkeys. The year 2016 was very psychoanalytical for you; 2017 asks you to move from the mind to reality and now do things. Art therapy, writing and being in touch with nature are great ways to be well in 2017. Finally be careful with tensions in your family; in this area as well, the Rooster year asks you to be midful and find creative ways to rethink the family issues. You could for example explore family constellations as a therapy…

Good or bad, it’s all a question of adapting. Even during a stormy weather, any sign can have a great year. The key is to know what is coming for you, prepare and adapt. And did you know that you can have one, but also two, three or even four Monkey signs in your birth chart? It is called the Bazi or Four Pillars of destiny. This form of Chinese astrology that I specialise in provides you with your personal map for this life, to find your true calling, know your timing and evolve positively. To know your true self and foresee what is ahead for you during the Rooster year of 2017, contact me now for your Bazi consultation.

The Monkey sign by Ai Wei Wei, and its 2017 horoscope by Laurent Langlais! Credit: http://www.flickr.com/photos/infobunny/

4 thoughts on “The Monkey horoscope for 2017, year of the Fire Rooster.”