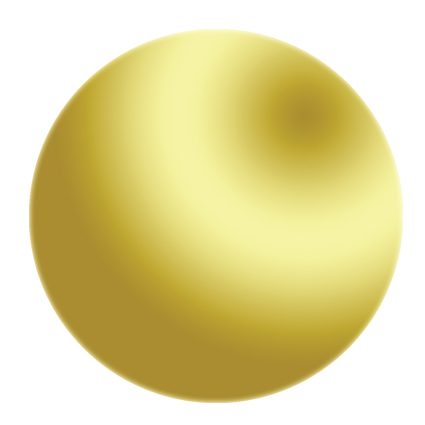 The 5 Elements are a notion used very extensively in Feng Shui, Chinese astrology such as Bazi, Chinese medicine and in fact in every aspect of the traditional Chinese philosophy. This article aims at covering different aspects of the 5 Elements. We will see the shapes, colors, cycles but also placement, season and other layers. I hope you will enjoy this definitive guide to the 5 Elements in Feng Shui.

The 5 Elements: a theory of the Chi on Earth.

To understand what the 5 Elements are, we need to go back to the basics: that is, the Qi. If we look at the chronology of the Qi in Chinese metaphysics, first we have a primordial soup of energy. Kind of like the big bang. This is the Universe in harmony and perfect state of balance. Out of this unity then emerges two polarities: the Yin and the Yang. Everyone nowadays uses those notions and we think we get them; it is however important to explain what they precisely are. What physics knows is that movement between particles cannot be created if there is no difference in polarities. So, the Yin and Yang is the same principle: two polarities create movement, generate the Qi and then life. They are opposite but also absolutely complementary: one does not exist without the other and one is defined through the other. In that sense it is not correct to see them as good or evil, the black vs white morality that is often used in the West. It is subtler than this. Would you say that male is bad, female good? Hot is good, cold is bad? How do you even define hot if you haven’t experienced cold? It doesn’t really make sense does it? So, same idea here. They just are two different states.

With this in mind, some of the notions associated with Yin and Yang are as follow:

Some of the Yin-Yang associations.

Once we have two polarities, the two can play together and generate a third state or more. They basically make babies together! Those babies are different state of the Qi and are represented the trigrams. And once those trigrams are combined, they make hexagrams: but that is the realm of the I Ching. The trigrams, which are eight different forms, describe different states of the Yin-Yang interaction through natural phenomena. The birth of the trigrams has generated movement and this movement has created life and different aspects of what we now call the Qi. So, for example, the Dui trigram represents extreme Yang. We now have Yin and Yang and different states of Yin and Yang and the Qi. The birth of the trigrams from the Tai Qi. Credit: http://blindmen6.tumblr.com/post/23558308557/derivation-of-the-trigrams-this-diagram

So how do the 5 Elements fit in? Likewise, the 5 Elements are differents aspects of a natural cycle. They are another way to describe the Yin-Yang evolution. Why two different systems then? Well, historically the Yin-Yang and 5 Elements theory was developed by the naturalist school that was then absorbed by the Taoist school – and those guys brought the trigrams in. I hope it makes sense now.

The Chinese expression for this concept is Wu Xing. Now, I am not a Chinese scholar, so here is what Wikipedia has to say about it: The Wu Xing (Chinese: 五行; pinyin: Wǔ Xíng), also known as the Five Elements, Five Phases, the Five Agents, the Five Movements, Five Processes, and the Five Steps/Stages. As you see, there is often the small matter of translating a Chinese concept into English or any other languages. What is important to remember is that there are not really Elements as such: they are rather a state of the Qi. A bit like water can be ice, steam or a fluid. It is still water right? But different states. So, the Qi can take the form of Wood, Fire, Earth, Metal and Water. There are called Elements in analogy with the system of the 4 Elements (air, fire, water, earth, expression of the ether) and also because they have an affinity with the physical elements associated with them. For example, the phase of Wood can be strengthened by some real wood and green color, but it encompasses much more than just physical wood. I hope this clarifies the concept.

Time now to explore those 5 Elements or phases in details.

The Wood Element is the one representing new life emerging: it is linked to the idea of growth and expansion, as well as with the quality of imagination and a lot of artistic activities (writing, drawing, designing for example). As it represents a youthful Qi and beginnings, it is logical to see it at the inception of the Elements cycle here. Its dynamics is to be expanding.

The Wood attributes are therefore:

It has an association with movement as well, as the wind is seen as related to the Wood Qi. The Element of Fire is by nature very versatile, hot and fast. Its dynamics is to go upward, to rise above. It is the hottest of the 5 Elements and also the one with less density. It is therefore not surprising to see this Element associated with the spiritual realm for example and the idea of channeling. The different attributes of the Fire are as follow:

The Fire colours are:

The shapes associated are: The Earth Element is dense and one of the most physical. It is by nature heavy and has a special place in the 5 Elements cycle (more on this later on). Its natural dynamics is to be compiling. Think of the different layers that constitute the soil for example…

The Earth attributes are therefore: The Metal is flexible, ductile, and a real chameleon. It can either be used to cut and be offensive, or as a glamour factor to enhance the appearance. The Metal is the Element that directly refers to human activity, as without human intervention a nugget of mined metal cannot become a tool to cut the Wood or a piece of jewelry. While the Metal phase is as legitimate as the others in the cycle of Elements, it needs human intervention to unlock its potential. That explains why the Metal Qi relates to a lot of human system and activities too (government, banking, law enforcement, police and military etc.)

The dynamics of the Metal is to be contracting, in opposition with the expanding energy of the Wood.

The Metal attributes are therefore: The dynamics of the Water Element is to always go to the lowest point, downward, in opposition with the movement of the Fire that is ascending.

The Water attributes are therefore: A quick word on the matter of the Southern hemisphere Bagua…

We noted that Chinese place Fire and its associated direction, the South, on top of the compass and Bagua; North is therefore down. On the points of seasonality and placement, some argue that when used in the Southern hemisphere, the Bagua should then be reversed. So you would use the regular Feng Shui Bagua in London and a southern Bagua upside down for Australia, for example. The logic is that the summer season is at an opposite time in the Southern hemisphere and that the South direction is associated with cold rather than heat, and North is hotter in this hemisphere. Granted, those differences are real.

This however overlooks the fact that the Yin/Yang and 5 Elements theory account of the Qi everywhere in our planet. Remember that the Qi and the Bagua have a strong association with magnetism. You can place South on top or at the bottom, but it is nevertheless still based on the magnetic North/South axis. What is truth is that the South direction in the southern hemisphere will be associated with more cold, and the North more heat usually. But folks, the Earth is round! If you keep going south you’ll eventually meet some heat right? So, remember that the Elements translate a theory of the physical Universe and that the principles apply everywhere on Earth. If you start to go with the logic of a southern hemisphere Bagua and reverse it, then which Bagua do you use on the Equator axis?

I invite you to discover the second part of this exploration of the Five Elements here: http://laurentlanglais.com/5-elements-guide-elemental-frames/

2 thoughts on “The 5 Elements guide. Part 1: What are the Feng Shui five elements?”