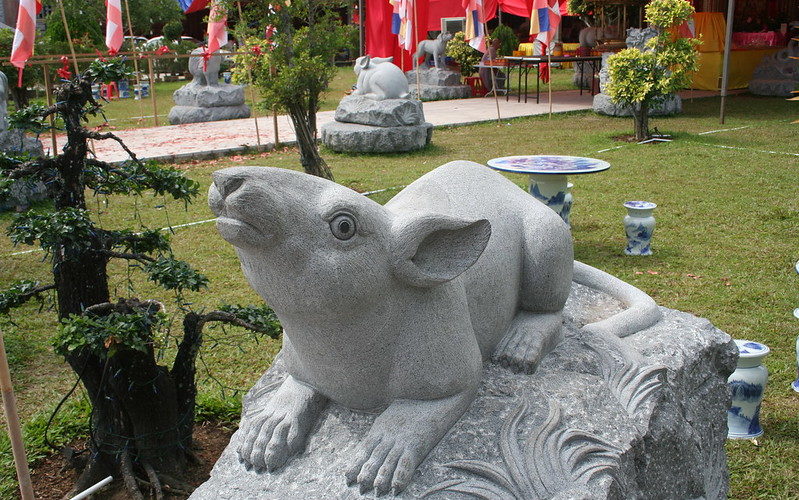 The good aspects of the year of the Metal Rat

While this year of the Metal Rat is overall a challenging year for the world (mark my words…), there are of course some good aspects too. The productive cycle between Metal and Water is going to benefit some industries. The travel and tourism industry in particular are going to bounce back. I expect news about major hotel developments and new type of holidays such as space tourism.

Innovation in transport will be a focus with new type of transport being announced, build or tested: tourist space shuttle but also hyperloop train. I also expect innovation into automated cars and entirely new transport models, especially relating to public transport.

Another good news is a major development in the realm of energy production. It is less about renewable this year, and more about a way to extract energy that is unseen, or was thought to be years away. Cold fusion for example come to mind…I can assure you that a major scientific development regarding energy production should make the news during the year of the Rat. Quantum physics will also have a major breakthrough, and most likely quantum computers. Particles accelerators will also make the news for a major discovery or confirmation. 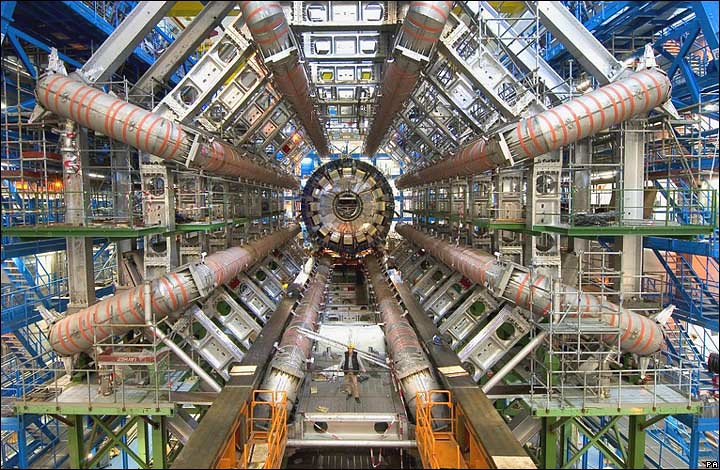 You can also expect a year with major discoveries in several field. Archeology, and in particularly underwater discoveries, will make the news. Some discoveries will have the potential to totally rewrite our understanding of past civilisations. Look at this news just at the dawn of the Chinese year of the Rat already: Australian fires reveal ancient water system built long before the pyramids. A water system that was previously hidden…It’s exactly the main theme of this Metal Rat year, the Water comes at the surface and bring hidden information to our knowledge. Some is amazing and help us, and some is more challenging to our species…

New animals and plant species will be discovered, and some extinct will reappear. Space exploration will be a major theme, but the year of “first contact” is not quite there yet. It’s more 2022 for major alien revelations, in my opinion. Still, there will be some news about possible bacterial life and water discovered on astral bodies or planets. And I expect excitement about experiments and findings on dark matters and unknown aspects of our Universe…

The oceans will also be a major theme of the year: their cleanup, impact on our climate, and their species. Expect some surprising discoveries about marine species, some never seen before. Fan of cryptozoology, the science of searching for mythical animals, can also rejoice: there will be some exciting news about a mythical beast (Nessie, the yeti or something along those lines) during this year.

In medicine, the major developments will be around organs transplant, virology, immunology and stem cell therapy. A breakthrough in either cancer or HIV treatment is to be expected.

Politics again. There will be several independence movements that will gain traction. You have to see if you classify this as good or bad. The Catalonia movement will fight back, but above all Scotland will most likely bring another referendum and want to be with the EU and possibly leave the UK. Which would be quite an electro-shock…In astrology it’s closer than ever to happen still. In general, countries or territories that are badly treated by others to which they are attached politically will tend to strongly favour independence this year and worldwide.

In entertainment, I don’t expect a year as strong as 2019 for the box office. There will however be some surprise foreign hits that will take the world by surprise.

The bigger picture of the Metal Rat year

Here are some other info about this Metal Rat year 2020 and the cycles we are into right now. In Chinese metaphysics, the period will change in 2024. We are therefore in a 4 year cycle that represents the end of period 8, before the dawn of period 9. The current period 8, from 2004 to 2024, is associated with the Gen trigram in Northeast and with the Earth Element. The following period, 9, will be ruled by Fire and the South. It will mark the rise of the Southern hemisphere, and bring both side of the Fire. One that destroys, which could mean conflicts, war and some of our structures disappearing. Another one that is enlightening, showing us the way, and bringing more spirituality, contact with the spirit world, and human warmth. But the transition from the relative stability of Earth to the unstable Fire is not an easy one. Therefore the closer we get to 2024, the more unstable our structures and societies will be…And this cycle starts now, as the Rat is also the beginning of a new, different 12 years cycle. One that is of temporary collapse before rebuilding a brighter, fairer, more peaceful world.

There is hope in the next decades, but the message of this Metal Rat year is that we need to face the ugliness and recklessness of our human behaviour, as a collective: to correct it, make it right, and start on better, fairer basis. It is like going into therapy: in 2020 we reach the deep, difficult part of our species traumas. The sea monsters come to the surface, and we have to deal with them: we cannot pretend they don’t exist or are not here, otherwise they are going to eat us. By acknowledging our monsters this year, we can tame them, and tell them to go back to the depth where they come from. But we need to be brave: 2020 is the wake-up call year, a year that shake us to teach us humility and start the healing process. Of course another part of the world will choose to go into authoritarianism, fear-mongering and not understand the role and message of this year, but you don’t have to follow like a lemming the collective madness and anxiety of medias… 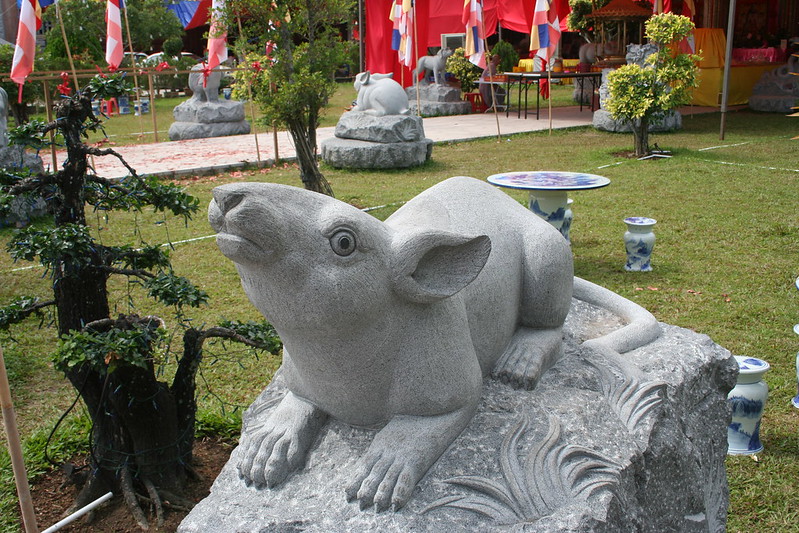 In 2020 we have to tame the Rat and make it a pet. Credit: https://www.flickr.com/photos/byte/

When we turn to other forms of metaphysics, we also have confirmation of this impact of the year of the Rat 2020. In Western numerology, we have here a universal year number 4: one that is about foundations. We have to see if the foundations of our society are weak, and which ones need reinforcement. If you don’t inspect the foundations in a year number 4, you might not build a strong home in the following years…The number 4 is never easy or willing to change softly. It is square, and therefore brings more difficulty in diplomacy. But for anyone willing to do the work, it brings a great possibility of revising the core of our lives.

The numbers 20/20 also brings twice the Judgment year in the Tarot. Here, the meaning is strikingly similar to the Aztec calendar for the year: the year of this flint knife is one of reckoning and possible sacrifice for the world. One during which we kind of “pay” for our negative collective karma. And yet karma is the fairest system of all, as we reap only what we saw…And so this is a year during which humans are judged by mother Earth, and during which we must judge of our actions as well. We can do better, and we should.  You can watch the video for the Katy Perry song Chained to the Rhythm. Look closely, and you’ll see that the theme and what it says of us is really in line with this Metal Rat year!

Now, what can you do individually to better navigate this challenging year 2020?

How to be prosperous during the year of the Rat?

For our health first: you now understand that the impact of this year is : Metal weakened, Water strong, Wood, Fire and Earth missing. If you don’t, I invite you to re-read the first part of those 2020 world predictions. During this year,  we all have to protect our chest and lungs better. The coronavirus story is therefore likely to be a long lasting one, making a comeback during the Northern hemisphere summer and especially the Monkey month of August. The Yang Metal is however activated, which can temporary helps with some digestive disorders. It is a great year for detox, specific diets, enema, colonics or anything that helps you to relieve stress on your stomach and intestine.

The year is however more liquid than solid, and so alcoholism can be on the rise and more difficult to tackle for some. Paranoia, psychosis and mental problems could get intense during that year: and so it’s important to spend time with nature, pets, and avoid being fed more psychosis through the media. The tendency to go down with the Rat also means that recreative drugs, even the «good » ones such as psychedelics, can bring more bad trips this year. Keep that in mind if you use them…In astrology of the drugs, Ketamine is the drug that better defines this year in term of energy and effect, and Ibogaine is the one the most at odds with it.

With a strong Water Element, the kidneys are helped still It should be an easier year for anyone whom has kidneys problems (unless your Bazi says otherwise). In fact, kidneys diseases can be better treated this year. Organs transplants also have better chances to succeed, but again it all depends on individual Bazi and the chosen timing still.

A year with so much Water and emotions invite us to go see our dark side and work on our fears. We can subscribe to the media narrative and go in panic mode. Or we can go into personal shadow work : see for example the books and workshops of Charlie Morley on the matter. Astral projection, lucid dreaming and any techniques exploring out of body experience and the subconscious will be in synch with this year.

To every Yang there is a Yin and vice-versa. This year is not negative if you get its message: it is a year of karmic responsibilities and shadow exploration. Time for real work on our psyche then! It is an important part of our spiritual evolution that must be taken and embraced. We are in a collective shadow year, and so it’s our best chance for integration. It is a perfect year for having a look at our fears and what hold us back, and work on it. Take it as an opportunity to become freer and live a life eventually ruled by love, and not by fear. And this year is excellent to study and integrate metaphysics too… 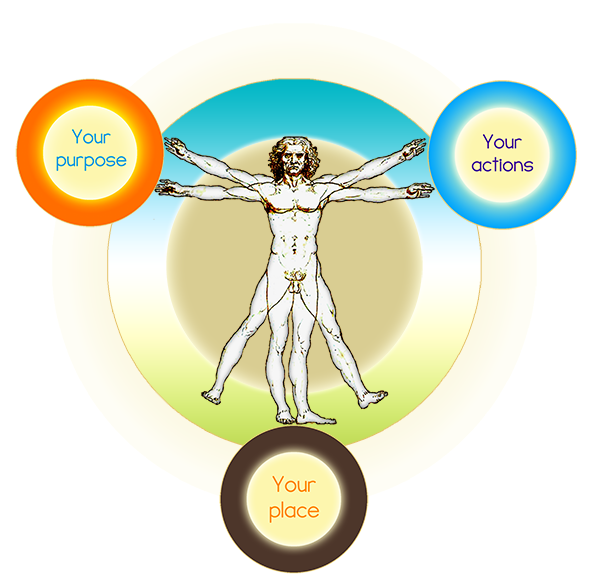 The 3 Lucks: Heaven, Human, Earth and YOU. Copyright Laurent Langlais.

Why don’t your start by getting to know yourself better, through booking your Chinese astrology/Bazi consultation? And then we can rework your living environment to offer you more protection and nurturing with the right Feng Shui consultation.

3 thoughts on “World predictions for 2020 year of the Metal Rat. Part 2: integration”