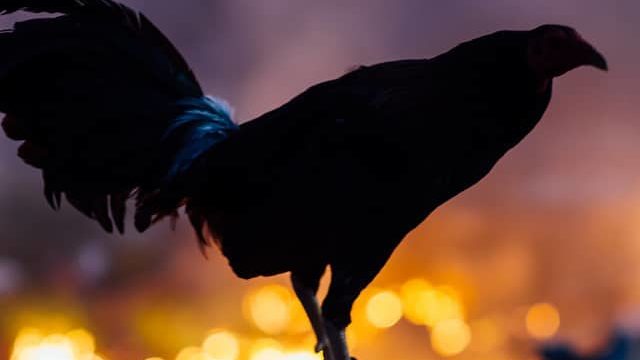 While the Western New Year has already started on the 1st of January 2017, the Chinese New year is yet to come. In this article I am going to explain why you should celebrate the Chinese New Year, even if you are from another culture!

In the second part we’ll see how to celebrate and what to do at home for good Feng Shui and good luck in 2017, Rooster year.

But first, a simple matter. When does it even start? Let’s see the Chinese calendar and understand when the Chinese New Year of starts in 2017.

When does the Chinese Fire Rooster year 2017 start?

Of the 12 Chinese animals, the Rooster sign rules this year. A Yin Fire Rooster, to be more precise. This basically means that the year Chi (energy) will bring a mix of Fire and Metal in the 5 Elements theory, both in Yin (receptive) form. Those influences will manifest a trend for the world that I will detail in my Astrology 2017: world predictions for the Fire Rooster year. They also bring a theme to your own Chinese sign for love, career, money and health. I detail it all in my 2017 Rooster year horoscope for the 12 Chinese signs.

The question is a simple one: when does the Chinese New Year start in 2017?

To compensate for the shorter year compared to the solar one, Chinese people add an extra lunar month every 3 years. An intercalary month somehow…Why every 3 years? Well there is 11 days difference between a lunar and solar year. After 3 years have fully passed, we have a 3 x 11 = 33 days difference. It is close to the 29.5, and so the time to add the extra month to balance out the whole system is on this third year. And so by adding this extra lunar month in the system, there is never a huge gap growing between the lunar and solar year. Those years with one extra lunar month are known as leap years. The Rooster year of 2017 is a leap year.

The year of the Fire Rooster starts on the 28th of January 2017. First date to remember.

The solar start of the year of the Fire Rooster is on the 3rd of February 2017. This is the second date to remember.

The further proof that the date of the 1st of January is a civil one rather than astronomical, you can look at the history of civilisations. Depending of whom you consider – Mesopotamians, Egyptians or Greeks – the date for such celebration was based on the different equinox and solstices, which make more sense. The vernal equinox on the 20th of March, the autumnal equinox around the 20th of September or the Winter solstice around the 20th of December. The Romans celebrated their year on the 1st of April, close to the Vernal equinox. The custom of celebration on that day was somehow kept with the April’s fool, but the move to the 1st of January is something else. It was introduced in 1582 by the Gregorian calendar, a decision made by Pope Gregory XIII. And so as you can see it is a Christian decision that reshaped Western civilizations, but as nothing to do with the greater movements of nature and the Universe.

And so which dates should we logically consider to start a new year? Solstice and equinox were indeed a good logic. The boreal Winter solstice is now around the 22nd of December. In the Northern hemisphere it is the shortest day of the year; after that, the days get longer. Which means that the Yang energy is again until it reaches its peak in summer. So astrologically, a date around the 20th or 22nd of December could be the start of a year.

This is not what Chinese people use, however. That would be too easy!

To summarise, the movements that represents change of Chi between December and February are:

Culturally of course the 1st of January has a weight, but it has more to do with numerology. In term of real shift of the Chi and start of new energies, those dates are more logical. This is also the reason why the influences of the Chinese New Year can already start after the December solstice, but this is foreplay; the real shift is with the lunar and then solar starts.

So it doesn’t matter if you are Chinese or not: celebrating the Chinese New Year properly will give you higher chances to be lucky and manifest the life you want in 2017, year of the Fire Rooster.

And now in part two, discover 13 Feng Shui tips to get a lucky start for the year of the Fire Rooster! The lunar start for the year of the Rooster is 28th of January 2017. Credit: http://www.flickr.com/photos/adamcohn/

2 thoughts on “When is the Chinese New Year of the Fire Rooster and why you should celebrate.”