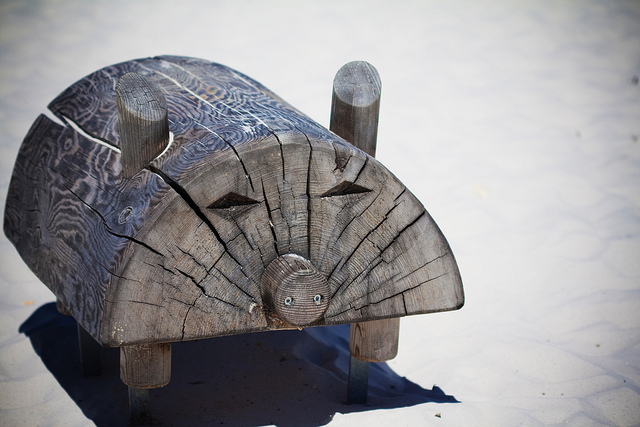 On November the 7th we will enter the month of the Yin Wood pig; let us have a look at what this particular Chi brings us.

First, a summary of what happened last month in regard to my predictions. I was expecting tough time for the despiteful fracking industry for example. It certainly was the case with the controversy around the “pink drills” to support breast cancer awareness;

the one around the UK government that plan to allow companies to use any chemical to frack, anywhere in the country http://www.theguardian.com/environment/2014/oct/14/uk-to-allow-fracking-companies-to-use-any-substance-under-homes

as well as the publication in the journal Nature of a study showing the fracking does not reduce global warming, far from it

I was expecting earthquakes, and there was indeed one important in Nicaragua

As for volcanoes, one became active in Costa Rica, leading to an evacuation; as well as in Japan

To be honest I was expecting maybe more in term of volcanic eruptions. It seems that the Fire going into the grave during the month of the Dog didn’t bring too much activity, which is good.

For the transport industry, I was foreseeing problems, especially for flights again. Well, the Virgin galactic crash that happened a few days ago certainly didn’t prove me wrong, unfortunately:

What’s astonishing is that both fracking and transport problems blended into one striking event: the death of Total CEO Christophe de Margerie in his plane crash in Russia. Total is one of the main company pushing for fracking especially in the UK…

As for Ebola, as predicted, no end in sight and the paralysis of the medical world over finding a solution; that is, assuming the epidemics is not blown out of proportion by the media, which is likely!

And finally, as I also predicted, the American box office surged and reached a new record ahead of the previous 2009 record, with a whopping 20% increase over October last year

So, as you see, the Bazi can allow for fairly accurate predictions on a global scale.

Now let us have a look at this month of the Yin Wood Pig. First, what do the stem and branch of this month say? Yin Wood over the Pig, this is harmonious. The Pig is a sign full of Water, as we now enter the watery season of Winter; but it is also the birth of the Wood Element. Therefore having the Yin Wood over the Pig is a natural connection that mostly benefits the Wood Element here.

The Wood has struggled a little bit this year; while the Yang Wood stem is in this year of the Yang Wood Horse, it was partly burned by the Fire of the Horse. With arrival of this month, it becomes strong again. Overall, this month benefits the Wood Element the most. The Fire is becoming a bit weaker, as the Wood becomes stronger and Water appears. Water is of course in season, but not at its full strength, as it is partly used by the Wood. The Earth cannot really cope – with the abundance of Wood, a weakened Fire and too much Water; and the Metal Element is also in a weak position, as it has too much Wood to control, Water that oxidize it and Fire to cope with in this year still.

How does that translate in term of industry and events then?

With Wood the strongest, expect major news relating to education, and the creative industry such as fashion and design to do well. Of course the Wood industry itself, such as timber, paper etc. benefit from this month as well. Lawyers and their profession could also be in the spotlight. The surge of Wood increase some anger however, especially as it is “too early” for the season, as the Wood is best seen in spring. We can therefore expect some major protests, especially relating to young people, students, and the school system. I wouldn’t be surprised if a new protest movement emerge this month and take off in a major way. On a more optimistic note, it is not unlikely that new measures to preserve forests or natural resources and reduce global warming would be announced this month. With the Wood strong and the Earth weak, plus underneath water, I expect a major mudslide somewhere. A major Earthquake is also possible, the Earth is once again too weak; but Water will come into the equation, so a landslide is more likely.

Water is stronger but used by the Wood; that goes into the idea of a revolt or big protest, as the strong emotions brought the Water will feed the anger of the Wood. The transport industry however should do better than last month.

The Metal Element is not at its best: the police, military and medical areas are therefore not strong this month. This brings us again to the idea of protest – look toward Ukraine and Hong Kong – and Ebola still not under control. The “good news” is that if protest appear, they are more likely to lead to a good resolution, as the control of the Metal is weakened. I am also optimistic due to the natural, harmonious connection between the Pig and the Yin Wood; so if protest there is, I expect a positive resolution eventually, toward more democracy.

On a slightly different note, I expect a case of voter fraud to be exposed this month, in a major way. Why? Wood is strong, Metal is weak, Fire and Water clash. In this I see voters protesting, exposing a scandal. Time will tell!

The stock market should do OK this month; the Water Element is never favorable to those money fast movements that are Fire related, but there is enough Wood to buffer the Water, so it should stay stable. The banks however are not doing too well, because of the Metal weakened; losses are likely.

On a more philosophical note, the Pig teaches us to prepare for winter in two ways. First, with the arrival of the Water Element, it is necessary to go more toward wintery, warming food, such as stew, root vegetables etc. and avoid too much Yin, such as raw food, fruit juices etc. Ditch the smoothies and go for the soup, and make sure you put plenty of cream in it for the vitamin A! The Pig is also the inception of the Wood Element: it is therefore a good time to make your plan for next year, and for the move you will make in springtime, especially during the month of the Rabbit. Plant the seeds of your professional prospects for spring, before the full Winter season of the Rat tell us to rest and regroup.

Of course those influences are general and the luck period you are in, as well as the Feng Shui setup of your place can balance them out.

For your personal predictions now. Remember that only the analysis of your full Bazi can allow for accurate predictions. That being said, here are some general tendencies if you know your Bazi:

Now, for the sign of your year of birth. Likewise, it’s only 1/8 of your chart, so not the whole picture…

To know exactly how the monthly and yearly influences work for your chart, you can order your Bazi profiling and annual predictions. For example, if you have a weak Wood Bazi but two Snakes and a Yin Metal in your Bazi, you will experience a very different month than a weak Wood person who has none. Knowing yourself allow for the right move at the right time, to maximize your luck and profits.

Check the Qi Men Dun Jia article for this month that looks at which sector of your house to activate, Feng Shui wise. It works wherever you are – London, Paris, L.A, Dubai!

One thought on “Predictions for the Yin Wood Pig month”