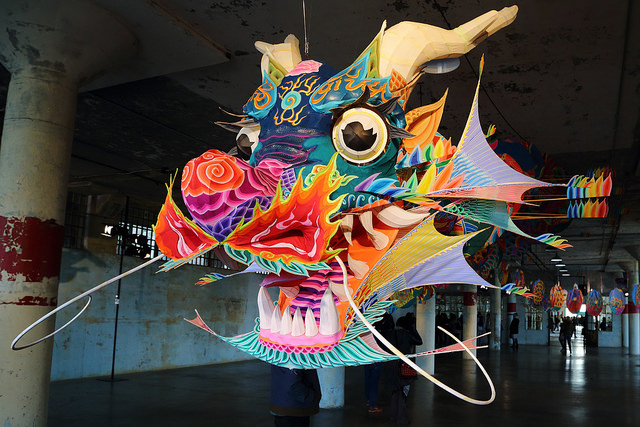 We are now in the Yang Metal Dragon month – I am a bit late on posting this article for the month due to various travel commitments. So as usual, let’s review what we have learned from the analysis of the Stem and Branch of the past month and of this Goat year, as seen in the Chinese calendar and based on the logic of the Bazi, or Four Pillars of destiny. Last month we had this tension between the Wood and the Earth Element, as the Wood controls the Earth. This lead to diverse predictions from my astrological analysis; let us review what happened then.

I was expecting earthquakes on either the East or West coast of the USA and generally on the East and West side of countries, and they were some, big enough to be remarkable. There was indeed several in California, on the West coast of the USA: http://abc7news.com/news/bay-area-earthquake-tracker/25012/ and one major in Papua New Guinea http://earthquake.usgs.gov/earthquakes/eqarchives/poster/2015/20150329.php

Let’s be honest here, I was expecting more considering the great tensions on the Earth Element. It’s not a disappointment that it didn’t occur, of course. Astrology is about potentials and likeliness of those potential to happen – much like weather forecast or economics predictions.

I was expecting important finding in term of botanic last month, and indeed in several areas of the world new plants were discovered or rediscovered: n the Western Cape Province of South Africa http://www.sciencedaily.com/releases/2015/03/150319105458.htm ,in Fisher Valley in St Helena http://www.sainthelena.gov.sh/large-endemic-tea-plants-re-discovered-in-fishers-valley/ and the amazing “werewolf plant” was discovered in Greece http://www.independent.co.uk/news/science/scientists-discover-worlds-firstknown-werewolf-plant-10150340.html

I predicted the creation of protected areas last month, and I was spot on: the UK actually created the biggest marine park in the Pacific on the 18th of March 2015! http://news.nationalgeographic.com/2015/03/150318-pitcairn-marine-reserve-protected-area-ocean-conservation/

I was also expecting major development in agriculture and this was lead by the United Nations whom highlighted the impact on man-made agriculture on natural disasters damages http://www.fao.org/news/story/en/item/280526/icode/

The most impressive are the citizen movements that I predicted. It happened with major protests in Brazil against the corruption of the government: http://en.wikipedia.org/wiki/2015_protests_in_Brazil

And n Madrid at the same period also against austerity measures! http://www.theguardian.com/world/2015/mar/22/protesters-march-against-austerity-measures-in-madrid

But also in Frankfurt around the same days and for the same reason…http://www.dw.de/violence-as-ecb-protest-begins-in-frankfurt/a-18322124

Except more of this all year long as the Wood element stirs up the anger in many of us. A major ecological movement is actually happening lately in Quebec http://www.cbc.ca/news/canada/montreal/quebec-city-climate-change-march-draws-25-000-people-1.3029493

And this followed student protests http://news.nationalpost.com/full-comment/graeme-hamilton-destruction-by-quebec-student-protesters-the-crowning-achievement-in-a-week-of-idiocy

I also analyzed that, according to the Bazi astrology, more trouble should come from the East – especially with Putin and the Ukraine situation despite the cease fire. And indeed, the man is preparing a new offensive: http://www.forbes.com/sites/melikkaylan/2015/04/10/putin-prepares-to-reinvade-as-saakashvilis-georgians-boots-ukraines-democracy/

As for the droughts that I was foreseen, it happened again in California that is in a dire situation this year again: http://www.theguardian.com/us-news/2015/mar/29/california-drought-heat-wave-climate-change  but also in Brazil with the ongoing drought around Sao Paulor and Rio de Janeiro http://en.wikipedia.org/wiki/2015_Brazilian_drought

For transports, the problems appeared as predicted with the incredible Germanwings crash in the French alps: http://www.bbc.com/news/world-europe-32030270 and various boats wreckage, most notably a ferry sinking in Burma http://www.shipwrecklog.com/log/2015/03/aung-tagun-3/

I thought that more repression would lead to greater citizen iniatives, especially in term of equality. This is exactly what happened with the incredibly backward law passed in Indiana and Arkansas that allow businesses to not serve gay and lesbian customers, and the major justified backlash this state is since experiencing http://www.telegraph.co.uk/news/worldnews/northamerica/usa/11513727/Indiana-and-Arkansas-pass-amended-anti-gay-laws-after-backlash.html

I predicted those laws will be overturned and that we will see further progresses on equality this year.

With the Yang Metal and the wet Earth, we now have two Elements that were mostly missing from the stem and branch of this year in Bazi: Metal and Water. It is actually the first time that those two Elements appear this year. And so we can expect interesting events to occur, as the Chi of the year is estranged to those two others.

The Yang Metal stem, Geng,  is an unrefined form of the Metal Element, like the nuggets of gold or silver found in the earth crust; its other aspect is to be sharp and cutting, as the weapons that can be made of it. It differs from the refined, pretty Yin Metal form that is what jewellery is made of: shiny, soft, glamorous. The Yang Metal is rough on the edges, not very subtle, and usually cut through the crap, so to speak. So when it appears, we can expect military forces, the police, governments and other figures of authority to get stronger and more dominant. After the time of the anger and citizen initiatives movement last month, this one is about legislation, regulations and the authorities taking back control. However, something very interesting must be noted for this Yang Metal month inside this Yin Wood Goat year, called Yi Wei. In Bazi, Geng and Yi are two stems that can combine into forming another form of Metal, if the combination is supported by some Earth or Metal. This is the case here: Yang Metal +  Yin Wood = Metal, as the Dragon month supports the combination. This means that the Wood energy is transforming this month, and milder than last month: part of the year Chi is morphing into Metal rather than staying as Wood Chi.

What does it means in term of world events? Astrologicaly, in my opinion, it indicates that the protest movements of different countries lead to some reform or agreement with the governing authorities. It also should mean that those body of control take legislative actions to undo some wrong this month: Metal and Wood combining is the illustration of law making, as the Metal represent rules and authority, and the Wood law writing. Expect a lot of new laws or regulation to be introduced this month: I would look into agriculture, ecology and governments rights over the lands, as  those aspects are related to the Wood. I also expect some laws to be overturned: for example the Indiana and Arkansas discriminating laws that were introduced against LGBT customers in those states last month could be rules as unconstitutional by the supreme court of the US, or another body.

This doesn’t mean that the month shall be devoid of conflicts. Part of the Wood Chi converts into Metal, but some remains, and Wood and Metal clashes. So while in some areas we’ll see laws and harmonious resolution, where the Wood is too strong, we’ll see conflicts and fights. Our eyes will once again be turned toward the East with Putin and the Ukraine situation during this Dragon month; remember that the Dragon is a powerful animal that can stir Fire and show some anger, and the Dragon to me will awaken in the East this month.

However, we can expect troubles in the West, as this sector is deeply affected during this Dragon month by both the monthly and yearly affliction. Except some protest and troubles in the US especially – potentially Los Angeles.

What about this Dragon branch then? The Dragon is one of the four Earth form, which are: Ox, Dragon, Goat and Dog. The Dragon  is, as we’ve said, the wet Earth form. So it’s a sagging Earth, full of water: think in term of marshland for example. So it’s a fertile form of the Earth, and the strong Wood Chi of this year can certainly grow in such Earth. What happens however when the Wood is taking too much from the Earth with its roots, especially on an soft, slippery form of Earth like the Dragon? Well the Earth is once again weakened and can move. So, while I am not going to make another big prediction on earthquakes – technically there are earthquakes every month anyway – the Earth shall move this month. Maybe more in term of landslide actually.

The sagginess and softness of the soil this month is actually something to take into account: with the Yang Metal stem on top of the Dragon, we have an Element that is very heavy on top of a soil that is too soft – think in term of shallow grounds. So, the heavier object is bound to sink in such soil: reason why landslides are not unlikely. It can also means building collapsing, new sinkholes appearing (very likely) but also, quite logically, possible boat wreckage. It should be noted however that the transport industry should flare better this month, as the Water Element ruling it is this time present, and not severally lacking like in the previous months. So I don’t expect many crashes, but maritime transports could make the news for the wrong reasons.

The Yang Metal on some wet Earth also means that the Metal can rust – even if this time the length of time is short, this Chi setup being on a month rather than on a whole year. Still, I expect some interesting discoveries underwater – maybe old ships wrecks for example.

Of course, the Metal, Earth and to some extent the Water industry should perform quite well this month. Expect some interesting scientific discoveries and medical innovations, for example, due to the strength of the Metal.  Earth is about real estate, agriculture, historical artefacts. Water is more about transports, hospitality and the service industry.

The Fire is severely lacking however this month; the wet Earth extinguishes it, the strong Metal diminishes it and the Chi of the year barely supports it. It is the Element in trouble this year. So, the Fire related industry could be a bit in trouble. It is unlikely to be a lacklustre month for the movie industry – a powerhouse like Avengers: Age of Ultron should smash records like the Hulk smashes walls. It is rather toward the new technologies that we could see some problems: with the Metal that can rust and lack of Fire, some giant like Google, Apple or Microsoft could see some recall of products, bugs or some missteps. The stock market might also be in trouble – without experiencing a major crash, I expect tremors and a month a bit down on that front.

In term of wellbeing, the Fire is therefore the Element that needs a bit of support this month, like last one. Think in term of warming spices, bitter food (Swedish bitters are perfect for the season), sunbath and sauna in moderation.

For your personal predictions now. Remember that only the analysis of your full Bazi that you can order here allows for accurate predictions on a whole year. That being said, here are some general tendencies if you know your Bazi. I give face to face Bazi consultations in London, UK and Paris, France and distant consultations over Skype or email, wherever you are.

Now, for the sign of your year of birth. Likewise, it’s only 1/4 of your chart, so not the whole picture that can only be given through your personal Bazi analysis and report!

Remember, the best way to know who you are and what the years ahead have in store for you is to order your Four Pillars/Bazi analysis now.