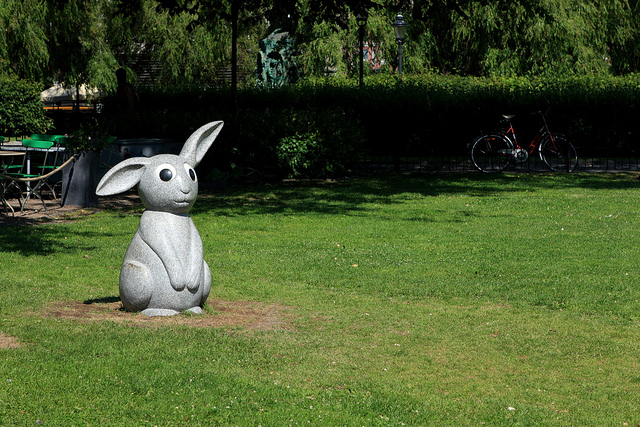 So ! This is this time of the month when we look back at what happened during the Yang Earth Tiger month in regard of my predictions, based on the Bazi ; and we then have a look at the Chi of this new month, the Yin Earth Rabbit month. You can find my previous articles on the month of the Yang Earth Tiger, February 2015 here and here. What did I foresee and what happened then ? Basically, to simplify: I was spot on on everything (the French modesty in display here again, of course). Let’s review together: in italic, the excerpts of my predictions of last month.

Focus on the oil industry and fracking. This will go into two directions: some problems related to fracking will be highlighted, with maybe a change of policy on the matter. An incident related to it is not unlikely this month, which would put this practice in the spotlight. This is because of the dryness of the month.

I’ve told you fracking would be a spotlight this month. Well, there was a new ban instaured in Tasmania

Protest to call for a ban in California

Talks of a ban in Wales

However, for more conventional methods of oil extraction, it is not bad; the oil industry will make the news but for partnerships, trades, negotiations. Look around the keystone pipeline.

The oil industry actually had a very good month in term of profits as reported here:

Possible collapses: sinkholes appearing, or landslide, or collapse of a building, bridge or man-made structure. It could very well be around a tunnel, as the month is Yang Earth. On the challenging aspect of this month, this is what I foresee: the Yang Earth is simply too heavy on the Yang Wood that cannot bend well. As the Wood also relates to fabric and garment, as well as paper, there could be an incident of this nature in a paper or clothes factory.

Likewise a very famous historical Greek bridge collapsed just before the start of the Tiger month!

If you wonder why it happens a few day before, the influence of a month start to be felt in a the days ahead – the shift is progressive.

But there was also bridges collapse during the Tiger month, yes mam! Partial one in Quebec

In Superior Bay, US

In Graz, Austria, a spectacular collapse that could have been a disaster for people on a train

Spectacular pic of the incident here:

In a converted factory in Medford, USA

And at least 3 major roof collapsing were reported during the month:

And what about this 10 meters sinkhole appearing in Naples, Italy?

What is interesting is that, while the collapse of a clothes factory did not occur again this month, we however saw a settlement in the Kendall incident of 2013 that saw such a factory collapsing and killing more than 3000 people in Dakha, Bengladesh. During this Tiger month, Benetton agreed to finally pay compensation! As you see there is no escape from the Bazi – the settlement happens precisely when the Chi at work is about Earth vs Wood, therefore illustrating this very incident to the letter

Military operation in countries that are dry and rocky, with mountains: think along the lines of Irak, Afghanistan, Egypt, Morocco or the Middle East.

It has happened with the operation of Turkish troops in Syria

It is interesting to look at the energies of the month to refine the analysis. This month the North East is affected twice: I will therefore expect problems coming from Northeast Africa (so toward the middle East) and Russia. Putin and the Ukraine situation are going to make some waves this month.

Well ! With the killing of its main opponent in the recent days, and the high level of suspicions that Putin has something to do with it, he certainly didn’t prove me wrong : trouble coming from Russia this month !

The situation in Ukraine also kept escalating, still due to Putin, as predicted. As mentioned in my yearly predictions for the goat year, troubles will come from Russia this year.

If we delve more into the logic of the Yang Wood Tiger, the cruel lack of Water Element this month means that is tough, again! For the transport industry: boats and planes. We certainly had a confirmation in the very first day of this Tiger month (my bad if I am late to write this article) with another plane crash in Asia!

A boat crashing into a restaurant in Florida

And a ferry wreckage killing 68 person in Bengladesh

Another expression of the Earth-Wood tension will be the struggle between digestive organs. Expect some case of food poisonings or food products recalled this month…

It happened in Canada with recall of Italian Mortadella

The Metal is nowhere to be seen. The Yang Earth is not productive yet for the Metal, and the Fire and Wood tiring to this Element. It is not the greatest month for research, medicine or the banks. I expect bad results to be announced for a bank, or some kind of banking regulations to be in the spotlight.

Indeed, HSBC announced a bad year with 17% fall in profits !

But more astonishing, the HSBC and HMRC have been exposed in a major case of tax evasion this month that is seriously shaking up the world of banks in the UK. Isn’t it exactly what I predicted? “I expect bad results to be announced for a bank, or some kind of banking regulations to be in the spotlight.”

And as for citizens movements that I predicted all over this year of the Goat, following this scandal, Emma Thompson and her husband are launching a movement of civil disobedience and call for people to not pay their taxes anymore until the banks have cleaner policies

Expect some news around a Casino as well, probably in Nevada…

Indeed, a Casino made the news with the testimonial from the American secret service this month that Iran hacked a Casino last year

About not respecting some rules, there will of course be some movement in Greece this month: no need to be psychic to see this. However, it will influence the Euros and the stock market. It should be a fairly low-key month for the stock market due to the lack of Metal and some weakness of the Fire.

The influence on stock market after Greece announcement happened, but credit where it is due, it was the opposite effect of what I predicted with actually high stock markets rather than low!

As mentioned, the Yang Earth on Yang Fire influence can however be very good to unblock difficult situations. I expect diplomacy to make some good progress this month, and overall some governments to be surprisingly helpful and accommodating.

Well, Germany and the USA reached out to Russia to propose a peace plan for the Ukraine crisis precisely this month : how’s this for accuracy ?

This influence can also benefit something like solar energy: I am betting that we will see important announcements in this field during this Tiger month, with maybe some incentive from a country to push for a shift to solar energy. Keep your eyes peeled.

Indeed ! MAJOR announcement with the UK backing up renewable energy for the next few year with a whooping £315 millions investment this month!

But fasten your seat belts: the company Terra Sola has announced this month precisely an investment into solar energy in Egypt of…Wait for it…3.5 BILLIONS dollars! Was I spot on?

This is also good once again for archeological discoveries, and I wouldn’t be surprised if this month brings some major findings or advancement in archeological methodology.

Well I am very proud of this accurate prediction as this month brought us extraordinary discoveries.

First, look at this amazing discovery precisely in Paris this month!

As well as in Greece

And how about the amazing discovery of the oldest human fossil ever, that is rewriting our own history? Yes, happened this month too!

And the discovery of Genghis Kkan last fortress in Mongolia!

And the discovery of two mythical cities in Honduras untouched for 600 years! Isn’t it an amazing month for archaeology?

The trend kept happening until the very last day of the Tiger month with more and more stunning discoveries unearthed:

And just has I have announced, progressed in archaeological methodology rewriting history – on prehistoric agriculture in Britain in this case

It is also a month when the mining industry will make the news: either with a major discovery (think of huge stone or something along those lines), either with what I have already mentioned, something collapsing (hopefully not!).

There was a major Fire trapping more than 500 workers in a South Africa mining complex, so the incident in a mining complex did happen! There was however no major discovery that I could identify for the month:

For the movie industry, it should be a good month: the Fire is strong enough. There is a lack of Metal however, so no records in sight in my opinion, and some strong contenders will actually bomb. But Paramount, of all studios, should make the news with something important.

Box office wise, just as I said : a solid month of February, stronger than last year, but not breaking any records

There was indeed a major news this month with finally the agreement between Marvel and Sony to let Spiderman appears in the Avengers movies in the future ! The geek in me had his mind blown I’m telling you

And didn’t I tell you Paramount would make the news? How’s about a chance of president for the studio then!

So, this is all for this first part; I invite you now to read the predictions for the Yin Earth Rabbit month here and the sectors to boost this month for good luck here.