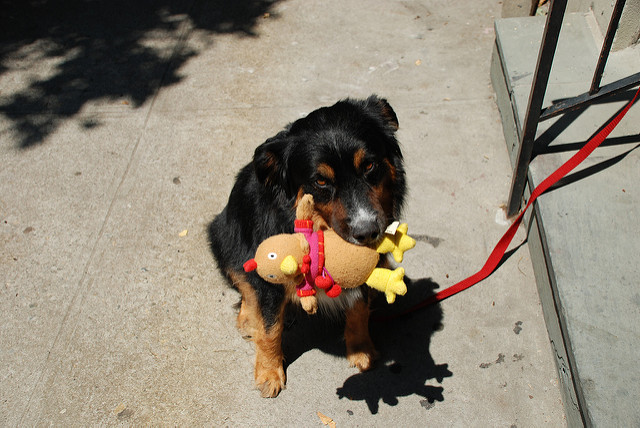 Welcome back to my Chinese metaphysics blog, www.laurentlanglais.com, to discuss Feng Shui and the Chinese astrology of the 4 Pillars, or Bazi. It it this time of the month when we review what happened to the world during the previous solar month of the Yin Fire Rooster. You can read the Bazi predictions that I posted a month ago in this article: Bazi world predictions for the Rooster month, September 2016.  Excerpts from this article are in italic below. The Rooster month is gone and the Dog month is about to start. Credit: http://www.flickr.com/photos/opossumqueen/

The new terrorist act that I was foreseen in a Western country, as well as the shooting and political scandals all occurred. Time to review the predictions one by one then.

The bombing in Chelsea, New York that injured 29 people perfectly manifested this prediction. Luckily no one was killed, but explosions and terrorism were written over this month in my opinion.

Of course we should not forget that our myopic view call terrorism what happens in Western democracies and war when the same events happen in other countries. This month there was also the bombing of a mosque in Pakistan killed 23 people, but it was barely mentioned in the news while the new york bombing killing no one keep us occupied for days…

In my Bazi Youtube video I have mentioned that this month will manifest some fire; fire and violent acts actually merged in some occurrence, such as the burning of the mosque previously attended by the Orlando gunman:

A migrant camp also burned to ashes in Greece:

Volcanic activity underwater that will trigger an earthquake or tsunami

Let’s just say that I might have eaten some food that didn’t agree with me when I wrote that prediction. There was actually some news of the exploration of an underwater volcano in Hawaii and the discovery of new life forms living in it. No Tsunami in sight, luckily.

There was however the spectacular eruption of the Terrulbia volcano in Costa Rica during the Rooster month:

And more flooding in Indonesia

One of the most depressive news is that the droughts have been so harsh in South Africa that they considered killing some animals in the national parks to avoid their suffering:

Severe drougths in Brazil are affecting the country coffee production

There was plenty of political scandals this month; however most medias being biased on way or another, what would otherwise have terminated careers decades ago is now almost business as usual. This, my friend, is certainly the sign of a fairly decadent system in need of good reforms.

So here you go for those scandals: Obama administration offer position to the highest biders, as exposed by Wikileaks

The secretary of state John Kerry funneled 9 millions of public money to a charity administrated by…his own daughter. All fine!

The president of Haiti exposing the corruption of the Clinton foundation which took the money and didn’t help rebuilding the country; but apparently very few people care:

The biggest one however that was well reported is the scandal of the Wells Fargo bank that was setting up accounts without customer permission:

At least one medical scandal exposed

Indeed. Following the Russian hack of athlete’s files, the doping of Bradley Wiggings was exposed publicly:

But the major scandal was involving the Karolinska institute and judges for the Nobel prize of medicine in Sweden; an affair that is likely to cast a shadow on the Nobel prize institution for years to come:

Clinton health, with her nearly collapsing at the September 11 ceremonies.

While the official story is “pneumonia”, the Wikileaks of the same month showed that she actually suffer a much more serious form of progressive illness called sinus thrombosis, that makes her unfit to endorse the function of President of the US of course…It’s all fine folks, just carry on!

There is also an ongoing war between medical journals on statins and their problems; a class of drugs prescribed to lower cholesterol, which appear to be ill advised and dangerous after all, surprise!
http://www.dailymail.co.uk/health/article-3791993/Statins-war-week-Lancet-told-pills-really-safe-rival-medical-journal-says-ve-got-wrong.html

Finally in France, the official investigation on the scandal of the Depakin (an anti-epilepsy drug given to pregnant women which induced deformities in many fetuses) started this month (article in French)

While not strictly medical, but health-related, the world biggest nickel producer admitted that they were responsible for a dangerous spillage this month that created a “red river” in the arctic

Heated debate around medical practice (think along the line of vaccines, pesticides linked to diseases etc.)

It wasn’t vaccines, but euthanasia that triggered a heated debate between the Church and the parliament in New Zealand this month:

And the debate around the use of some pesticides is re-ignited by the inclusion of bees as an endangered species in the US: http://fortune.com/2016/09/22/bumble-bees-endangered

The cyber-attacks happened, with Russian hackers leaking the medical files of some prominent US athletes:

What was very interesting is that also came clean about the biggest cyber attack they had to face in 2014.While the events did not occur during the Rooster month of 2016, the fact that a massive cyber-attack made the news is significant; the Fire-Metal clash of this past month was to me evocative of hacking and such attacks.

There was also the extradition of a prominent hacker.

The main one that is still ongoing unfortunately is the opposition of the native Indians in America versus the greed of corporations, backed by the US government for now, that desecrates their land and sacred site to built an pipeline in North Dakota. Violence occurred with dogs launched against the protesters and the investigation is still ongoing.

There has been some violent repression of protests in China

It wasn’t about aUkraine, but the heat is on again between the US and Russia, this time about the bombarding of Alepo in Syria. Each super-nation put the blame on the other and the tension is escalating. It might put the world into a difficult diplomatic situation soon. Our eyes will be turned toward the US election of November as Trump is pro-Putin while Clinton is violently against the Russian.

At least one shooting

There was actually so many shooting in the US this month!

One in Charlotte, North Carolina, where again a cop killed a black man. The violence that followed triggered a temporary state of emergency:

And another shooting in Seattle killing 5 people

As well as the stabbing of 8 people in Minnesota

4 shootings and stabbing occurring in the US in the space of a few weeks time and all during the Rooster month. As you can see, the image of gunshot and wounds that I explained in my predictions was fulfilled many times over.

Let’s not forget to mention the attack of an Indian army base in Kashmir that resulted in 17 soldiers killed:

A new conflict emerging with international intervention, possibly around a political scandal

The escalation which I was foreseen is taking place in the Republic democratic of Congo and is indeed linked to the troubled politics of the country with the refusal of the president Joseph Kabila to leave power:

The good. Major announcement in regard to space, life in space or related tech

There were several major events relating to space exploration this month actually. The most astonishing is the discovery that the Universe has actually no direction; which means that the expansion that is supposed to be taking place since the Bing Bang is a fluke and that the big bang probably didn’t occur. I let you ponder on that for a minute or two…

The likely presence of water on a Jupiter moon

The Rosetta probe crashing on a comet

The colourful Elon Musk shared his vision to colonise Mars. Why not try to save this planet first, I wonder…At least settling on Mars will make fans of Total Recall happy. Big news in the field of hi-tech especially related to supra-conductors or computers;

Bingo! What about the accidental discovery of a laptop battery, involving the conductivity of nanowire and electrolyte gel, that could last 400 years or more?!

As well as the breakthrough of the possibility of super-conductors that work at room temperature, without the need for cooling:

Stock market that holds up

It did fairly well despite the Well Fargos scandal.

There are been some advance in the North Dakota pipeline conflict, but unfortunately it is still ongoing. However, what is unique here is that this cause is uniting all the native North American tribes, which is unprecedented.

The escalation with the involvement of the UN gives hope that this conflict could end up with a settlement for the native nations concerned:

There was also, of course, the cease-fire treaty in Syria, which marked a major progress in diplomacy. Unfortunately it doesn’t seem to hold some well since.

There also have been some talks about the amnesty of Edward Snowden by the US government. Note that this month saw news about past cyber-attacks but also about intentional leaks, with Snowden

Good month for the box-office and Hollywood still

Sully was the 19th Tom Hanks movie to make more than $100 millions at the US Box office and Suicide Squad continued its impressive worldwide run.

Medical discoveries in the field of optics/eye surgery and brain functions or related diseases;

It was spot on here as well, with a fantastic new treatment giving a paralysed man the use of his arms and hands back, through stem cells therapy:

And the world first eye surgery performed with an assisted robot:

News around the therapeutic use of recreative drugs and psychedelics plants; possible bill introduced or talked about to study them;

Plenty of news emerged around this topic. For those of us who watch the “collective unconscious” much talked of by Carl Jung. There is very little doubt that some shamanic plants such as the psychedelics and mind alterating plants are making a comeback; the reason, we have to believe, is that humanity will need them to enhance brain functions and devise a new society eventually.

As well as news that psychedelics might cure smoking and OCD

Advance in religions: better work with some governments, talk of needed reforms;

Let’s finish by some other events that happened and were not listed in my predictions. Several pipelines broke this month and there was spilling all over. With two forms of Fire involved, the Yin and Yang Fire, as well as some Metal and Water clash, it is actually not illogical to see that human technology (Metal) transporting oil (both Water and Fire mixed) was under attack and broke. It happened in Texas and Alabama most notably. Add to this the North Dakota conflict, and you can see how pipelines were in the news over and over in the US this Rooster month, illustrating the dangerous mix of Metal, Fire and Water Elements.

If you want more of those free articles on Feng Shui and Bazi and find my work interesting, you can help me by liking and sharing my pages on social medias. Please give a review on my FB pages if you like those articles:

And by watching, liking and commenting on my Feng Shui & Bazi youtube channel.

Stay tuned for your Feng Shui luck boost that is about to start as well as your 12 signs and Four Pillars October forecast.