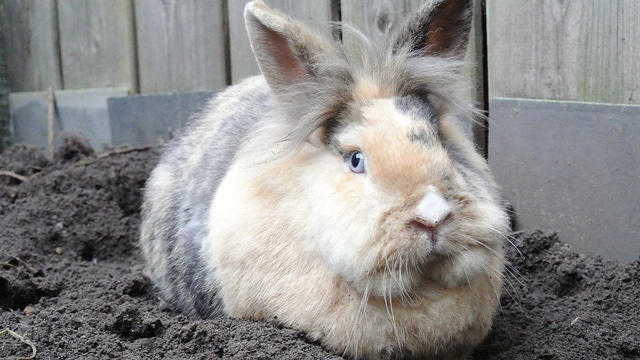 And so here we are, at the end of a Chinese month and at the beginning of a new one. The least that we can say is that this Yin Metal Rabbit month has been very eventful and not quiet for the world, at all! Pretty much everything that I was foreseeing in the trend of this Wood/Metal clashing month manifested. You can read my predictions for this past month here.

And the Vlog was here: http://youtu.be/-uVh8AfaqTE

Some of you have even contacted me to tell me how surprised they were surprised by the accuracy of my predictions, so thanks for your support! The world of Chinese metaphysics – Feng Shui, Bazi, Qi Men Dun Jia…and in general advanced astrology are absolutely fascinating topics.

This article is about reviewing what happened during the Rabbit month of March 2016, before we move to the predictions for April 2016, the Dragon month. In italic, excerpt from my previous article for the Rabbit month. The Rabbit month was quite naughty and not entirely focused on its Easter duties. Credit: http://www.flickr.com/photos/jpockele/

Numerous strikes and protests around the world. Movements especially involving young people, students, but also possibly farmers, intellectuals, teachers vs repressive forces of governments, police or militaries. Possible mini “Arab springs” like in 2011, a Yin Metal Rabbit year but that will not last as long

Well, where to start? Protests have literally being all over the world and have illustrated to the letter what I wrote!Most notably:

“More than a million Brazilians protest against ‘horror’ government”

Major protests of farmers vs governments in the UK and France

Clashes of political supporters in the US

Protests of students in France again and Italy

So pretty much all aspects of my predictions for those protests have been fulfilled.

Those fights will also likely involve traditional/indigenous people. Expect some environmental fights to occur this month, around protected land, forest, sacred places etc. and possibly with ecological militants such as Greenpeace. It is a month that will perfectly illustrate the opposition natural lifestyle/progress that goes too far (think palm oil in Indonesia, deforestation of Amazonia etc.). My hunch tells me something will occur in Southeast Asia: around Borneo, Malaysia, Indonesia or Cambodia;

I must say that I am myself surprised by how much of my last month predictions manifested in that regard. There was INDEED an environmental fight in Borneo in March 2016!

Another spectacular aspect was that atribe in Peru took some hostages following an oil spill on their sacred land, therefore fulfilling both predictions of oil leakage and fight between traditional people vs crass capitalism…

Such fight has also manifested with traditional tribes in Brazil

And native Americans fighting against the US government for their right to vote!

Robbery of a precious jewel or jewelry, or involving some precious metals;

And the family jewels are gone too…

Difficult month for diplomacy. Some provocations, a lot of negotiations, talk and opposed points of views. Agreements signed or compromises reached after some heated situations. East/West opposition is real and well alive this month with the Metal/Wood clash – maybe around the USA and Russia handling the Syrian and middle East situation, or Israel.

Difficult time involving both Turkey and Russia indeed, all over this past month:

Collapse of building and high-tech engineered structures such as railroads, bridges and big buildings. This is mostly due to flooding or landslide that are VERY likely to occur.

The building collapsing happened a lot this month. In India it was indeed a bridge:

But also a railway in Vietnam

And a glacier in Argentina!

As for the flooding and landslide it was in Pakistan, China, Idaho, Louisiana, Mississipi, New Zealand…

Attack of a madman (or more) or possible terrorists, but more likely to feature stabbing/cutting/beheading rather than firearms. A school or University might be involved (think of a possible rampage for example).

I wish to have been wrong on this account, but we had several major bombing attacks this month in the world! Two in Belgium

Those last 2 have been done near a mosque and near a school, confirming the trend that I was foreseeing.

There were a few stabbing in schools:

There was also several stabbing of tourist in Israel, mixing the predictions of difficult diplomacy and knives attacks:

Isn’t it all very cheerful and uplifting? And so now for the more positive part of what happened this month…

Some peace and agreements made between governments and protesters. Some countries will find compromises and work toward the common good, rather than use repression only;

It happened in Pakistan

And the EU and Turkey have also reached an agreement for now over the migrants situation.

Advance in transports system, such as new means of propulsion, improvement of exisiting ones etc. Think futuristic trains like the Japanese bullet train (Shinkanzen), hovercrafts, spaceships or very long distance airliners for example;

There was indeed a lot of transport development news this past month. In Northern England for example:

And YES, a new mode of transport – an hyperloop pod – made the news during the Rabbit month!

As well as a second one – an hyperloop announced between Brastislva, Vienna and Budapest:

Spectacular announcements or discovery in the field of computer technology, most likely related to way of cooling down CPU, or quartz/liquid crystal high-tech for example. Supra-conductors are also possible;

Indeed, it was around crystal and high-tech. “Materials scientists and physicists at Lehigh University have demonstrated a new method of making single crystals that could enable a wider range of materials to be used in microelectronics, solar energy devices and other high-technology applications.”

And this as well

The BBC’s new Micro:bit computer will ‘inspire a generation to code’

Spectacular month for Hollywood, TV and cinema industry…A geek like me cannot conclude this article without finishing on the other major clash of the month: during the Yin Metal Rabbit month is released the movie some of us have been waiting for decades: Batman v Superman, Dawn of Justice!…I therefore predict that this movie will do very well at the box office and above the initial estimation of 140 Millions $ for its first weekend at the Box Office.

Here I was right on track too, as Batman V Superman did have the best start worldwide for any superhero movie. Ever. Here is also what

The stock market will know some up and down and a bit of scares but shall not crash, yet, this month;

As stated, it’s not yet but it is coming…Both the economists and the astrology, as far as I am concerned, agree!

Spectacular advance in the medicine technology, especially with precision surgery – possibly around cardiac or kidney issues;

Here as well, the breakthroughs happened BOTH in cardiac and kidney surgery!

A cardiac surgery first happened during the Rabbit month, performed on a dog!

But also for ligaments

And for kidney transplants:

Spot on with news around nano-particles textiles

And the launch of new fairtrade textiles standard

From hairdo with toilet paper in China

To the 3D printing of new scalp for cancer patients:

Great boost for the solar industry, with some cities, states or countries giving a bit financial push for this form of energy;

Discoveries in agriculture: a spectacular stone, crystal or buried jewels. Possibly discovery around system of water sewage in old buildings;

Here I made a typo as I was meant to write “archeology” not agriculture. Anyway, here is what the month brought us:

And a shipwreck part of the Vasco de Gama float were found this month!

We conclude with this point. One of the spectacular announcements relating to agriculture was an unfortunate one, the death of Zaha Hadid