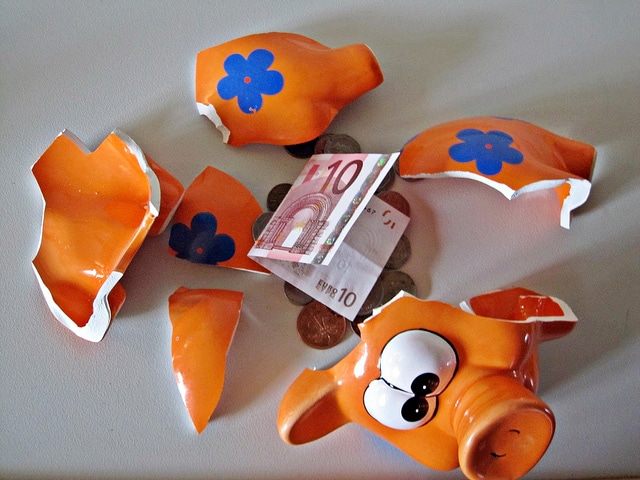 The darker side of the Yin Fire is that it can start a Fire that will spread, and so with the Wood forming the Fire can run amok, even inside a normally watery month. Water is too little to stop it this month…And so, despite the Yin nature and apparent benevolence of a Yin Fire Pig, there will occasional surges of violence spreading like wildfires. Something along the lines of an attack by a deranged soul that creates a panic movement – the Yin Fire is agitating some spirits this month. While there is no Metal and the Fire/Metal clash usually brings blood shell, violence is bound to erupt with the unusually strong Fire + Wood activated that also represents angers. The Goat of this year is a also a sword sign for the Yin Fire, wich means that accidents and violence will be seen during the month.

Those are words that I wrote a month ago to describe some events that would take place during the Yin Fire Month of November 2015. I can say that the terrible attacks in Paris, Beirut and Istanbul have proven my words to be very accurate.

And so, despite those tragic events, I welcome you to my monthly Chinese astrology and Feng Shui blog. If you are a regular reader, you know that we here look at the Chi at play each Chinese month and that I also share Feng Shui luck boost in your home. By knowing the timing and improving your space, you can get the best out of each month. Some transport problems affecting flights mostly, but also potentially boats. There could be a major incident but I rather expect delay and bugs.The Water Element is too weak this year and is depleted further, and the Fire unstable, so planes are bound to have problems;

While shipwreck have been sparse during the Pig month, two major planes crashes involving Russia have been significant. First, a Russian plane crash in Sinai that killed 224 people

And of course the downing of the Russian jet over Turkey, that could have escalated into a terrible situation. WWII anyone?

Stock markets going down a bit; it should be due to new regulations introduced such as bills regulating some financial aspects…Expect news around fiscality and tax evasion and the markets to react to this.

Well! Didn’t I announce so?

Which had direct impact on their sales:

But also: FOUR senior partners at KPMG’s Belfast offices have been arrested as part of an HM Revenue & Customs investigation into alleged tax evasion.

And what about this one: “The Treasury Department and the Internal Revenue Service on Thursday issued new rules aimed at discouraging American companies from moving their headquarters abroad in search of lower tax rates.”

The stock market did take a hit in November, as expected

But recovered by the end of the month due to the good number for employment in the US.

Interesting development in high-tech, with very innovative new products or solutions: I think along the line of optical fibers and improvement in electrical and electronic conductivity and performances: anything that helps to carry electricity and connectivity faster. The announcement of a new type of chips for computer is not unlikely.

Yes! Announcement were made during this month on getting closer to manufacturing a “quantum computer chip” (that sounds cool)

Quite logically, there will be more development related to the Fire industries, the most obvious being solar energy again. I foresee legislations encouraging the solar industry, but also tech advancements in the feasibility of solar energy this month.

There was a LOT of major announcement with solar energy this past month.

There is the opening of a giant solar farm in Marocco, powering one million people:

But also the plan on cutting some subsidies for the solar industry in the UK, therefore connection with my prediction of legislation on solar industry, but in a negative way. Really, the Tories are doing an “amazing” job in the UK!

The US government went the other way around by financing more solar energy:“US Energy Department: US$22.7 million for 23 solar tech projects”

In term of natural occurrence, the Fire-Wood feeding and transforming into each other means that, despite the Watery nature of this month, we’ll see more wildfire and problems relating to fire. Furthermore, the Wood surging weakens the Earth, and the Fire stimulate it, and the Water is agitated. This is a good recipe for landslides and minor earthquakes if you ask me, even if this month is not an Earth month by itself.

The fire occurrences are too numerous to list here. Just google massive fires November 2015 and you’ll see they were everywhere! But among them, the man made fires keep burning in Indonesia for Palm oil, a true crime against Mother Nature and humanity:

Landslides, that are rarer occurrences, did happen as predicted. A massive one killed hundred of minors in Myanmar:

But also in California:

The massive flooding in Chennai also made the news, something that I did not foresee, but that is logical with the incoming water into a very dry year:http://www.bbc.com/news/world-asia-india-35003353

At least 19 significant earthquakes were reported around the worl, with the most notable in Chili and Japan, making of this month one with the highest earthquakes events of the year: http://en.wikipedia.org/wiki/List_of_earthquakes_in_2015#November

Actually, with the Yin Fire combining into Wood, we are likely to hear about some biography casting a new light on famous people – either politicians or movie/TV stars this month. It is a month full of revelations through writing (Yin Fire into Wood) and so journalists and writers will spill the beams on many important people.

Of course the main revelation was the HIV + status of Charlie Sheen:

But also: the extend of political power and manipulation from the Koch Brothers in the USA

And in the UK: “Shapps resigned as international development minister when it was proved he had been warned about the conduct of election aide Mark Clarke”

The Yin Fire is also the Element of leaders, people showing us the way. With the admirable combo of Yin Fire and Ren Water – benevolence and wisdsom if well guided- admirable people should speak this month. Expect Nobel prizes and other interesting spirits to make strong statements on the state of the economy, the environment and what the human species does, or should do. Scientific and philosophical books will be talked about – think along the lines of Stephen Hawking for example.

Well I was spot on here, with shortlist and winner of “most influential academic book ever written” announced during the Yin Fire Pig month and Darwin’s Origin of Species topping the list.

One interesting prediction is that there will be a tragic event or facts uncovered about a cult and its leadership – that is the darker side of the Yin Fire out of season, cults and wrong leadership.

Indeed, here is an amazing headline on the matter this past month: Cult leader’s daughter escape ‘inspired by Harry Potter books’

In term of politics, expect plenty of agitated debate of ideas – especially in the UK with Cameron vs Corbin, but also in the US with the presidential candidates. Social candidates that fight more for people can use the strong anger brought by this month due to the Wood, and so people like Bernie Sanders and Jeremy Corbyn should do well.

Feel the Bern! Here is one of the most astonishing polls in recent times for the US politics. Shock Poll: Bernie Sanders is the Most Electable Candidate in Either Party

As for Jeremy Corbyn, his party passed his first electoral test:

As for the anger of citizens, Monsanto is finally put on trial for Crimes against humanity!

An interesting fact is that the Pig is actually a benefactor for the Yin Fire, and so having both working together is actually not bad. We can expect some politicians and governments to suddenly “see the light” on some controversial questions, to hear about immunity or forgiveness granted and maybe to see some true philanthropists at work too.

For philanthropy, on top of Bill Gates founding green energy, how about Mark Zuckerberg, founder of FB. Giving away most of his fortune to charities to honour his newborn daughter Chan this month?

The Yin Fire always brings the image of the eyes and seeing further away. And here we have to think eyesight + Wood Element, which is imagination and dreams. And so I expect major announcement relating to space discoveries: new planets, new understanding of the Universe and even, possibly, solid evidence of microscopic extraterrestrial life at last – although the Yang Fire Monkey year is more prone to such announcement.

Astronomers spotted this month the most distant object in the solar system: http://news.sciencemag.org/space/2015/11/astronomers-spot-most-distant-object-solar-system-could-point-other-rogue-planets

I also expect important announcement in the field of bacteriology and virology, another form of increase sightseeing with the Yin Fire.

No signs of E.T or Predator this month, yet, but indeed there was an interesting breakthrough in virology:

For archeology, the announcement will again be related to written documents – discovery of books or new way of deciphering old texts for example.

I couldn’t have been more accurate here and very close to home, or my second home actually with the discovery of amazing WWII documents while renovating an apartment in Budapest!

Clothes, natural fibers and food habits of our ancestors will also be in the spotlight, and a stranded wooden boat will probably be discovered – think along the lines of Viking artifacts. I don’t expect Noah’s ark to be found this month (or ever) still.

And so, related to the surge of Fire, expect at least one incident in a chemical plant that will produce a fire or explosion and toxic smell – that is a very precise prediction that we’ll check next month.

And that finishes part I, which was the review of the Yin Fire Pig month of 2015. Now for part II: the analysis of the Yang Earth Rat month here.