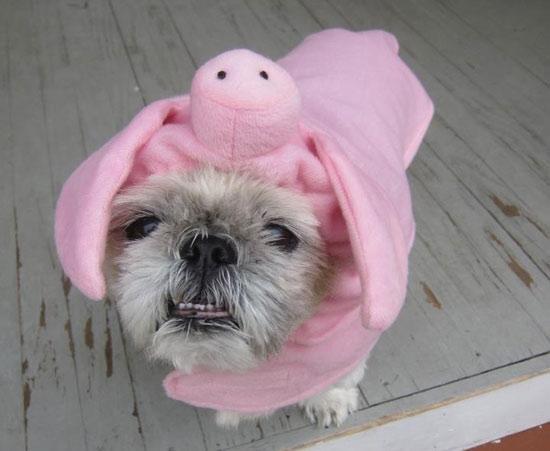 Here we are, on the first day of this new Chinese month of the Yin Fire Pig, known as Ding Hai. Welcome back for another analysis of the Stem and Branch of the Chinese month, a system similar to the one used in Bazi/Four Pillars of destiny analysis. By understanding the celestial and earthy Chi at work each month, and the interaction with the bigger Chi of the year, we are able to predict trends and events worldwide and their occurrence. And so, as usual, let’s start with a review of what happened during the Yang Fire Dog month (Bing Xu) and see if my astrological predictions were accurate. The Dog month is over and the Pig month starts. Credit: http://www.blastr.com/sites/blastr/files/styles/blog_post_media/public/images/PigDog030512.jpg?itok=O-xiKTby

In italic are excerpt of the predictions that I posted last month on this blog and that you can find here: http://laurentlanglais.com/bazi-four-pillars-dog-month-predictions/

This means that Fire related events are bound to happen. In regard to human activities, it indicates military interventions on one side – with firearm being used – and possible terrorist attacks.

Well it didn’t take long: in the first days of the Yang Fire Dog month, a terrorist attack killed about a hundred people in Turkey

And then we had another terrorist attack in Jerusalem early last month:

Due to the fact that there is still the benevolent side of both the Yang Fire (=radiating Sun) and Yin Fire (=candle showing us something) at work, there is high chance that a terrorist attack or gunning situation could fail or be prevented.

Indeed a terrorist attack was prevented with the arrest of several people in Moscow this past month:

Ok now fasten your seatbelts. I predicted the discovery of WW artifacts such as bombs and landmines. My words were:

This prediction is also due to the fact that the Yang Fire shines on the Yin Metal contained in the Dog = bringing some facts to attention, exposing some machinery that were hidden. So this leads to the idea of finding a bomb, or preventing an attack. This is also the reason why I predicted the finding of a WW artifact or landmine.

And so it happened EXACTLY as predicted in several locations around the world! A WWII bomb in discovered in Dusseldorf airport:

Another WWII bomb discovered in Utah:

And one close the Jewish museum in Berlin:

How’s that for accuracy? What are the chances of finding three WWII bombs in different part of the world during the same month? I let you ponder on this…

In term of natural events then: volcanic activity that might severely affect a city, fires burning some forest, possibly on a mountain side and more consequences of the drought, notably in California. Why? With the strong Fire on top of the Dog that is akin to a mountain containing Fire (Yang Earth + Yin Fire), we have the strong image of a volcano erupting this month. The Fire is overflowing in form of lava…

And so did we have volcanoes erupting in a noticeable fashion this month? Indeed! For the record, of course some volcano erupts every month somewhere. But what we are interested in here is an occurrence big enough to affect human activities and make the news, which is not the case every month. And so we had two volcanoes becoming very active in Indonesia last Chinese month, the Mount Rinjani:

And the Mount Sinabung twice this month:

As well as a Mexican volcano that decided to join the party, with the charming and unpronounceable name of Popocatepetl:

The prediction fires burning some forest, possibly on a mountain sides is due to the same logic. The Fire is strong, and the Yang Earth/mountain could be exposed. Moreover, I also take into account here the interaction with the Goat year, as the Fire this month will burn the Wood of this Yin Wood Goat year.

Indonesia again, with the burning of large forest and the haze experienced by the neighborhood countries. This is absolute madness for the environment and health of people, unfortunately repeated year after year. An excerpt of this striking article: “But this year a prolonged dry season and the impact of El Niño have made the situation far worse, with one estimate that daily emissions from the fires have surpassed the average daily emissions of the entire US economy.”

There was also another massive wildfire in California, again…

Finally the dryness of the month, with a lot of Fire and dry Earth inside an already earthy year, means that the Water is nowhere to be seen. This should translate into droughts or consequences of droughts to be dealt with.

And so as predicted, the consequences of the drought were highlighted in California with El Nino bringing some rain, which didn’t help to replenish the depleted dry soils:

This is the reason why I foresee events such as: A few diplomatic mishaps and Brands and famous people who will ask to be excused for their doing on social media. Likewise for the bug and product recall of a Fire related industry. There will be people apologizing for their behavior, some egos bruised, and some misunderstanding all along the month. This is the Dog and Goat working against each other…

And so for the diplomatic problems first:

2 Chinese ambassadors killed in the Philippines

A diplomatic incident between Serbia and Albania:

For public apologies, Tarantino vs the police round one:

The Pope Francis vs the Vatican scandals:

As far as the tech problems: the many bugs of Apple new operation system IOS 9.0.2 were publicly highlighted this month:

One of the biggest bug discovered this past month for this system is to turn on the alarm at night off the Iphone!

But moreover: “Google Found a Ton of Security Bugs in a Popular Samsung Galaxy Phone”

Bugs, bugs, bugs everywhere! It seems that most major hi-tech companies had to deal with bugs and public apologies this month, as foreseen…

As for my prediction: exposing a medical scandal and/or protest again a government measure deemed unfair, it is due to a combination of factors that we spoke about.

The Veteran Affair Department scandal was highlighted this month in the US, well in line with this prediction:

Speaking of medicine, the prediction of breakthrough in medicine and research, especially in the field of cardiology and possibly eye surgery is also due to this combination of Yang/Yin Fire and Yin Metal. The Fire relates to the heart and eyes in the human body, two obvious areas this month.

Well, how about that for the heart: “Medical device catheter breakthrough.UV-light enabled catheter fixes holes in the heart without invasive surgery; Catheter represents a major shift in repairing cardiac defects.”

And for the eyes: “Steroid eye drops reverse cataracts in mice”

By now you have probably guessed why I expect announcement around the solar panels industry and good profits for the gaming and high tech industries.

And so for the solar industry: “India’s Prime Minister, Narendra Modi, is preparing to announce a new global alliance to accelerate the deployment of solar power during the four-day India-Africa forum, which begins today in New Delhi.”

And for the gaming, Candy Crush bought for nearly US $6 Billions !

Why the decline in GMO? GMO and this manipulation of nature is more directly Metal related, and with the strong Fire exposing and controlling the Metal this month, anyone in the Metal related business who doesn’t have strong ethics will take a hit, in my opinion. The GMO are the strongest contenders.

And so here are the expected bad news for the GMO industry (oh sheer joy!) “Syngenta CEO leaves in wake of Monsanto deal rejection”

And let’s not forget the scandal of Volskwagen-gate that continues: automobiles are also a Metal related business! Thanks for Lee Chong Meng  for reminding me.
http://www.telegraph.co.uk/finance/newsbysector/industry/engineering/11974202/Volkswagen-diesel-gate-scandal-latest-updates.html

As for archeology, how do I come with such prediction: an old, enigmatic text finally decoded by archeologists; or the discovery of an old document shinning new light on an ancient culture.

Well, in case you have unbuckled your seatbelts, then fasten them again: “Earliest Known Draft of King James Bible Is Found, Scholar Says”

And a fantastic discovery in China (thanks again Lee Chong Meng)
http://www.ancient-origins.net/news-history-archaeology/archaeologists-unearth-ancient-tomb-chinese-emperor-and-7-nobles-full-020609

And so this is the end of our part one that reviewed the last Chinese month. Now for part 2 on the Bazi/Chinese astrology analaysis of this new Chinese month, please go here.