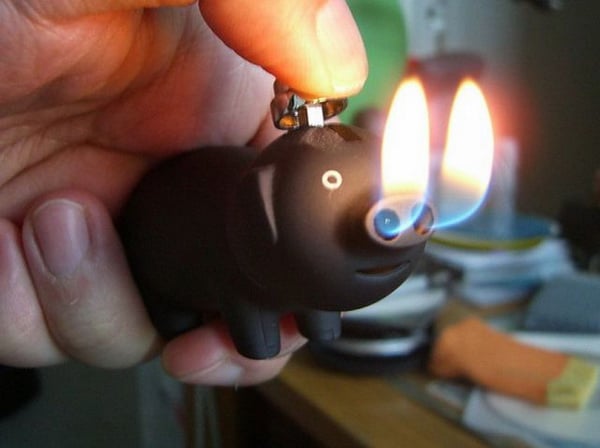 Here is for part 2 of our Bazi analysis for November 2015. Part 1 can be found here. What is the Chi of this new Ding Hai Chinese month and what can be guess on the state of the world this month then? The Yin Fire, that is akin to a candle, is this month sitting on top of the Pig. The Pig is the inception of the Wood frame, and a nice animal that contains both Wood and Water. What happens this month is fairly complex with the interaction of those Elements. The Fire, and especially the Yin Fire, needs Wood to burn and sustain itself. We find some Wood in the sign of the Pig, in form of the Yang Wood – Jia, as one of the Root. This Wood can sustain the Yin Fire, but ideally the Yin Wood would sustain it better. Nevertheless, the Fire of this month is not too weak and so we have a bit the same situation than last month of seeing some Fire close to the winter season: the Pig is the first sign of the Water frame of the Winter, Pig-Rat-Ox.

Usually we prefer to see the Fire in season and so more in late spring and summer time. This Yin Fire could gently warm the Water contained in the Pig and have a more benevolent transition in Winter time, in theory. But the Water is already severally depleted this year, and the real story is about the other root of the Pig, the Yang Water (Ren).

What we need to really understand this month is this interesting cycle between Water-Fire-Wood that is happening both inside the Yin Fire Pig, but also with the Yin Fire Pig in combination of the Yin Wood Goat year. Let’s look at the both of them together.

See that the Yin Fire is both a root in the Goat and a Stem this month, first and foremost. Then we have the Yang Wood and Yin Wood, Yang Wood as a root of the Pig and Yin Wood as a root of the Goat and the stem of this year. Finally we have the Yang Water this month merging with the Yin Fire to produce even more Wood, and the Yin Earth, root of the Goat, depleted by all the Wood forming. In Bazi we have special combinations happening. When the Yin Fire meets the Ren Water, they actually combine into forming Wood themselves.

In term of Elements we therefore have:

And so if we classify the Elements in term of strength this month we have:

Ideally, during a Pig month we’d like to see the Water and some Metal being less weak, and the Wood and Fire being more withdraw. And so we have to much Wood surging, not enough Water and Metal and too much Fire for the season in my opinion.

Rather than having a violent Fire-Water clash, what we have here is a month with the Water is agitated by the Fire and eventually a new Wood Element blossoming. That is a different story altogether. If the heated Water could be ok for this period, assuming that the year brings some Water too, seeing the Wood re-emerging so early while actually it should go underground is bringing some problems.

What could it bring to the world this month? Here are my predictions then: Durign the Dog month, I was foreseen scandals exposed with the surge of the Fire Element, that has a tendency to bring facts to life. It is the same story and even more so with the Yin Fire, that is putting the focus on some specific aspects of a problem – think of a candle or torchlight suddenly illuminating what was before in the shadow. Last month the Yin Fire was hidden in the roots of the Dog, this month it shines on top. This is a strong indication that any scandal exposed during the Dog month will snowball and revelations will be numerous. Expect the NHS in the UK and Veteran Affairs in the US to be in the spotlight, but also to hear numerous “revelations” on diverse political candidates on both side of the Atlantic. Actually, with the Yin Fire combining into Wood, we are likely to hear about some biography casting a new light on famous people – either politicians or movie/TV stars this month. It is a month full of revelations through writing (Yin Fire into Wood) and so journalists and writers will spill the beams on many important people.

The Yin Fire is also the Element of leaders, people showing us the way. With the admirable combo of Yin Fire and Ren Water – benevolence and wisdsom if well guided- admirable people should speak this month. Expect Nobel prizes and other interesting spirits to make strong statements on the state of the economy, the environment and what the human species does, or should do. Scientific and philosophical books will be talked about – think along the lines of Stephen Hawking for example.

The darker side of the Yin Fire is that it can start a Fire that will spread, and so with the Wood forming the Fire can run amok, even inside a normally watery month. Water is too little to stop it this month…And so, despite the Yin nature and apparent benevolence of a Yin Fire Pig, there will occasional surges of violence spreading like wildfires. Something along the lines of an attack by a deranged soul that creates a panic movement – the Yin Fire is agitating some spirits this month. While there is no Metal and the Fire/Metal clash usually brings blood shell, violence is bound to erupt with the unusually strong Fire + Wood activated that also represents angers. The Goat of this year is a also a sword sign for the Yin Fire, wich means that accidents and violence will be seen during the month. One interesting prediction is that there will be a tragic event or facts uncovered about a cult and its leadership – that is the darker side of the Yin Fire out of season, cults and wrong leadership. In term of politics, expect plenty of agitated debate of ideas – especially in the UK with Cameron vs Corbin, but also in the US with the presidential candidates. Social candidates that fight more for people can use the strong anger brought by this month due to the Wood, and so people like Bernie Sanders and Jeremy Corbyn should do well. An interesting fact is that the Pig is actually a benefactor for the Yin Fire, and so having both working together is actually not bad. We can expect some politicians and governments to suddenly “see the light” on some controversial questions, to hear about immunity or forgiveness granted and maybe to see some true philanthropists at work too.

The Yin Fire always brings the image of the eyes and seeing further away. And here we have to think eyesight + Wood Element, which is imagination and dreams. And so I expect major announcement relating to space discoveries: new planets, new understanding of the Universe and even, possibly, solid evidence of microscopic extraterrestrial life at last – although the Yang Fire Monkey year is more prone to such announcement. I also expect important announcement in the field of bacteriology and virology, another form of increase sightseeing with the Yin Fire. For archeology, the announcement will again be related to written documents – discovery of books or new way of deciphering old texts for example. Clothes, natural fibers and food habits of our ancestors will also be in the spotlight, and a stranded wooden boat will probably be discovered – think along the lines of Viking artifacts. I don’t expect Noah’s ark to be found this month (or ever) still.

And finally with the image of a Pig on fire, I make the cheeky predictions that we’ll hear more about bacon, barbecue and health, with arguments on both sides of the spectrum to be heard! By the way, have you ever smelled a burnt pork skin? It smells awful….And so, related to the surge of Fire, expect at least one incident in a chemical plant that will produce a fire or explosion and toxic smell – that is a very precise prediction that we’ll check next month.

In term of our wellbeing now. Water is exhausted, the Fire drains it further and the Wood is too strong. For ailments, while last month brought too much dryness – manifesting in skin problem such as psoriasis or eczema – this month the bladder is in trouble. Use herbs and plants known to help the urinary tract such as cranberries. The liver is also too active for the season and so take it easy with alcohol and rich food, and rather nourish your kidneys. Go easy with sauna or over-heating. Chestnuts, roots vegetables and seasonal fruits such as pears are appropriate, but go easy on spices and bitter food. Avoid most raw vegetables or cold dairy now. Increase a bit your protein intake, avoid fried food like the plague and sleep earlier – the kidneys are recharged at night.

And finally for your Bazi and Chinese sign predictions for this month of November 2015, please go here.