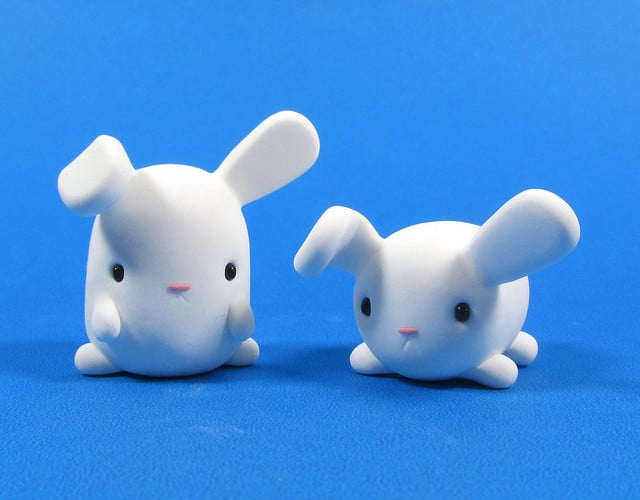 Welcome back to the Feng Shui & Chinese astrology blog! We are entering the Yin Metal Rabbit month that starts on the 5th of March 2016. Here are my world predictions based on the analysis of the Chi of this month according to the Bazi, or Four Pillars of destiny. Before we get to the technical aspects of the Bazi and this Chinese month interaction with the year, you can watch my Vlog about March 2016, Yin Metal Rabbit month below, or directly on Youtube at this address: http://youtu.be/-uVh8AfaqTE

I hope you enjoyed my French accent and sometimes slightly confused use of English language!

So, my main predictions for this month are in order… You see I am now predicting more positive events than disasters, so if you are the worrier type, do come back every month to read this blog. And now for the more technical explanations of those predictions…

The Bazi/Four Pillars logic of the Yin Metal Rabbit month

This Rabbit month, the main dynamics is the Wood-Metal clash. The Rabbit is the peak of the Spring season when the Wood Element is the strongest. Its root, or hidden stem, is Yi = Yin Wood. On top of it, the energy of this month is a Yin Metal Stem. Yin and Yang Metal usually belong to the autum season and West sector, while the Yin and Yang Wood belong to the Spring season and East sector. We therefore have a direct seasonal, as well as directional, clash of Elements. Basically the apparition of a strong Metal Element now is “out of place” and “out of season”: the Metal appears too early to try chop the Wood.

In regards to this collision, we have the main predictions of: strikes, protests, oppositions to governments, movements like Arabic spring. The Yin Wood and Spring represents youths and students and generally the power of imagination, dreams and positive reforms. I also see in the Wood nature and traditional people (also associated with the Yin Earth) and in Metal the destructive side of human society and the so-called “progress”.The Metal is more associated with governments, systems, possible repression and a will of human control.  In this Wood vs Metal clash, we are bound to see a fight around nature and protected lands.

The other aspect is very physical: the Yin Metal represents daggers, swords, knives, cutting tools and sometimes a certain level of manipulation and cunning attitude. The Wood is about neck, limbs, the back and the Wood organs. Hence the predictions about some bloodsheds such as stabbing, rampage etc. The school or Uni situation would be a doubling of the Wood/Metal oppositions.

Of course the East/West different points of views is as well illustrated with the Wood/Metal clash.

Now we have to see the interaction between the year and month Pillars as well. The Fire-Metal combo is of course the main one at work here. It’s a technical aspect of Bazi: the Yang Fire of this year and the Yin Metal of this month can combines and form Water.  The Bazi and the 5 Elements are full of surprises! This combination is happening due to the support of the Monkey that contains Metal and Water. And so part of the Metal “attack” on Wood is softens, as the Water is now supportive of the Wood. This explains the idea of agreements and deals made in diplomacy but also between rebelious movements, citizens protesting or on strike and governments for example. There will be some good will at work: it’s different to have this Yin Metal Rabbit (Xin Mao) month taking place inside a Yang Fire Monkey year (Bing Shen), than having it inside a Yin Metal Rabbit year (2011). The movements that starts this month are not likely to be sustained pr as profound as the Arabic spring of 2011 as the dynamics of the year is very different. Thinking that the two Yin Metal Rabbit months are a carbon copy of each other would be to overlook this very important point. In astrology it is all about context and timing!

The other good aspect of this interesting merging Fire-Metal into Water brings to me the image of cooling down of CPU, advance in computer tech, advance in transports tech but also the good month for the solar industry. Of course the negative aspect is the collapsing of the Metal under the forces of Fire and Water: likely to bring landslides, flooding or some Fire related accidents.

Other very interesting aspects for the Bazi students or nerds here. The Monkey sign is a sword for Xin, the Yin Metal: which means that bloodsheds situations, accidents and violence are bound to happen. It is also a reason to be very careful while using cutting tools this month, as cuts are very likely to occur for many people. We however have the Monkey that is a benefactor of the Yin Wood root, Yi, hidden in Mao/The Rabbit sign. This is another reason why peace and agreements are bound to happen and while some Wood related industries – fashion, hair for example – will do very well despite the attack of the Metal. Finally do note that Yi, the Root of Mao, combines into Metal with Geng, the Metal Root of the Shen/The Monkey year sign. This is another combo happening this month on top of the Xin-Bing combination. Wood is attacked by Metal, but some Metal becomes Water to feed the Wood and then some Wood transforms into Metal! A complex movement, that explains provocations, conflicts and endless talks with finally some compromises in diplomacy, as well as possible radical advances in medicine high-tech. A geek like me cannot conclude this article without finishing on the other major clash of the month: during the Yin Metal Rabbit month is released the movie some of us have been waiting for decades: Batman v Superman, Dawn of Justice! Initially the movie was scheduled to be released in July 2015, then May 2016 by the producer Warner Bros. They finally backed up due to the competion of another clash of titans, Captain America vs Iron Man. Astrologically speaking, this Yin Metal Rabbit month of March 2016 is actually a PERFECT time to release a movie that illustrates a clash of two very opposite forces. The control freak Batman, repressive and covered in a metallic armour in this movie = Metal Element. The good natured and boy scout Superman, whom makes us dream of a better world = Wood Element! Like with Deadpool last month illustrating the Yang Fire Monkey year, we have this month a movie that actually captures the Chi of this month. Patterns are everywhere, from the macro to the micro…  I therefore predict that this movie will do very well at the box office and above the initial estimation of 140 Millions $ for its first weekend at the Box Office.

Fascinated by the level of details and accuracy we can derive from the Bazi, Four Pillars of destiny? So am I! So contact me now to analyse your birth chart and understand who you are, what your life mission might be and what 2016 and the following year bring to you. My Bazi consultations in Chinese astrology are done face to face in London, Budapest and Paris or by Shype and written report worldwide. Due to the demand that I have every month, I advise you to request yours early on by email: laurent@laurentlanglais.com

Thanks for following me and happpy month of the Rabbit 2016! And now for part 2, the 12 Chinese signs and Bazi forecast.