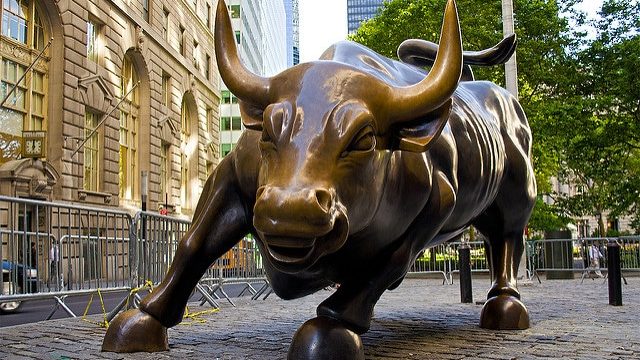 Welcome back to the Chinese astrology and Feng Shui blog. We have entered in a new Chinese month: the Yin Metal Ox since the 5th of January 2017. Keep in mind that this month must be analysed as the last month of the Monkey year, and not the first month of the Rooster year. The Rooster year will start in the solar calendar on the 28th of January 2017 (lunar) then go into full motion on the 3rd of February 2017 (solar start). I will post soon here my world news forecast and my astrology predictions for the Yin Fire Rooster year on this blog.

What is this last month of the Monkey year going to bring to us then? If you haven’t, you can first read the review of last month and see how my predictions came true here: Chinese astrology: world news review of December 2016, Rat month.

To keep it simple, the month shows Earth and Metal working together. The best and worse aspects of the Metal will show. Which means that we will have some moment of brilliance and reveal of greatness: some inner treasures, such as a golden personality, coming to life. But the Fire of the Monkey year is here to also cast some lights on uglier facts. It is harder to lie this month; nobility and kindness will be rewarded, manipulation will to some extent backfire.

This will be a very political month, with some blatant tricks that will backfire. Some scandals are to be expected and the arcana of politics will be seen in plain daylight: it won’t always be pretty. This logic will be taken much further during the Rooster year; I will soon publish my world predictions.

While last month was all about the deepness and strength of Water, with the coldness and sometimes fear it triggers, this one is all about exposing. Mostly, the metaphor at work is exposing an inner treasure. We can therefore expect some personalities to be suddenly benevolent, talk about a side of them we didn’t know, and generally secrets to be revealed. The month asks you to find your inner treasure and use it to help others. But as far as geopolitics are concerned, revealing secrets is not always the right thing to do…

Time to reveal what I have foreseen for this Yin Metal Ox month then.

Complicated politics. This is the main point of this Ox month. Diplomacy will be tense. It’s like a difficult love-hate triangle happening over and over. We will have:

This idea of three different interests going into different directions will be seen not only in the US but in other countries as well. There is a bit too much Metal melding this month, which translates into swordfights.

As far as the US politics are concerned however, here are my predictions:

What is interesting is that the Monkey has one last trick up its sleeve. The Yang Fire of the year combines with the Yin Metal of this month…And so the good aspect to me is some partnerships and deals, but also that lies will be exposed. This will carry on during the Rooster year. For US politics, the limits of the Russia hacking story will therefore shows. The Ox month still show a strong Earth/Metal energy and so the whole US system won’t entirely be shacked, but doubts and questions will be raised on the CIA, FBI and other agencies versions…And on the people who have pushed for this story in the first place.

And you know who has a Metal Ox as its symbol? Wall Street. If you go to the Wall Street area in New York, they have chosen to erect a big metal sculpture of a bull to show who they are (Bull-ying?). This month, which has to do a lot with treasures and money, we are going to hear about the Federal Reserve and wall street. Some revelations about any of those two are rather likely and they could send tremors in the market. The Chinese Ox of the Metal month is upon us and brings a bit of bullying.
http://www.flickr.com/photos/htmvalerio/

Despite the complicated politics, this is also a month when pragmatism and capitalism regain some strong hold.

What should you do to feel well during January, Yin Metal Ox month?

The Metal is made overwhelmingly strong this month by the Ox strengthening it, and it shows as the month’s Stem. If you cannot take the Metal too well, then you can expect a bit of problems. Due to strong metal, the month brings more risks of injuries. Be mindful with transports, first and foremost. Slow down and avoid talking on your phone while driving. Especially if you have other Earth signs in your Bazi chart, as the Ox brings a self-punishment with other Oxen, Goats and Dogs. Furthermore, go slow when exercising. The strong Metal puts some stress on our joins, especially the shoulder, necks and back area. This is a time when we all need to warm up enough before exercising. If you feel some pain in the morning, skip the gym until it disappears. Thermal waters are a good option this month. If you exercise in swimming pool, make sure it’s warm enough.

When it comes to food, avoid the ones that will make the Metal even stronger. Cold dairy is not a good choice for this month, especially if you have a weak digestive fire. Onion, radish and bitter food should be minimized right now. Avoid also raw food. Use spices and ghee liberally however: we need some “lubricant”, as well as some fire, to go through this month nicely. Above all we need a bit of heat, so cover yourself and check your vitamin D level if missing some daylight. Next month will be the Tiger one and it will awaken some Fire again…

This is all for this month.You can also read your January/Ox month horoscope now online.

If you want to see more free Chinese astrology analysis, horoscope and Feng Shui, please help my pages to grow.

The way to achieve this is:

If you want to get ready for the Yin Fire Roostee year and thrive, time for your Feng Shui and Bazi consultation. Contact me now using: laurent@laurentlanglais.com