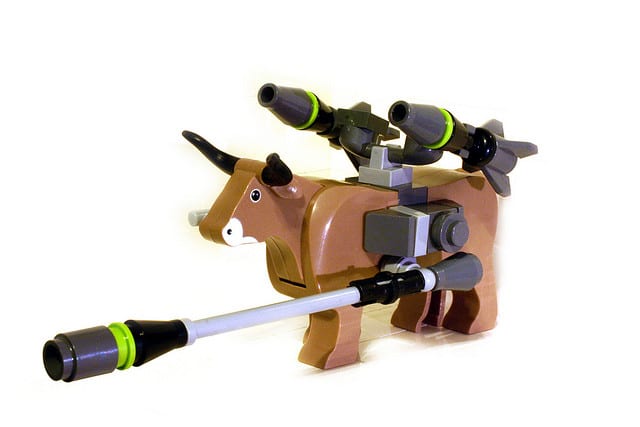 The Yin Earth Ox month, here we are! Like Yoda, sometime I talk. So, what is in store for the world in term of natural disasters, economics, entertainment, discoveries and human politics for this Ox month that goes from the 6th of January to the 3rd of February 2016? Here are my astrological predictions, based on the Four Pillars of destiny or Bazi and the Chinese calendar. For the review of the Rat month of December 2015 please read the part1 here. The Ox month of January 2016 will be fierce. Credits: http://www.flickr.com/photos/repoort/

For beginners, a reminder of how the Bazi works. Every year, month, day and bi-hours is coded by the Chinese system of time into a type of energy that show celestial and terrestrial influences at work. The system is know as Stems (on top) and Branches (at the bottom). The branches are the 12 animals of the Chinese zodiac and contains some roots = more stems sign. First we look at how the top and bottom part of the month’s Chi combine or clash and which of the 5 Elements are involved; then we look at the interaction with the current year. This is the way I am able to predict different events happening each month, through the understanding of the Chi at work…

This Ox month is actually the very last month of the Yin Wood Goat year, as the Monkey year will start on the 4th of February. What it means is that this month must be interpreted in relation to the Goat sign. Those two signs tell us the real story this month. I invite you to now listen to my Vlog analysis of this month and then read below my explanations.

So, to summarize, through the Yin Earth Ox month, we have a very dry and earthy month. Then with the Goat year we have a clash of two Earth signs, and a punishment formation. Those last two aspects tell us an interesting story for the month. Here is the list of my predictions as explained in the Vlog:

The Five Elements & Bazi at work during the Ox month.

The technical part: the full story with the Stems, Branches and Roots.

So, more clashes show up in the roots: Yin Fire vs Yin Metal, Yin Metal vs Yin Wood are the two main one. Yin Wood vs Yin Earth was already seen in the Stems and Yin Earth vs Yin Water also appears.

The likely scenario fro two types of events that will be seen this month.

On the positive side:

The strength of the Elements this month are as follow:

So Earth and Metal remains the two winners this month, which will benefit overall real estate, infrastructure, science and medicine. The stock market should do OK, with some up and down but no collapse.

In term of medicine, the month is way too dry when combining with the year. People who have kidneys problems must nourish them and in general this is the way to go this month: Chinese medicine and acupuncture should aim at helping the kidneys. Urinary infections and kidney stones are likely to show up for people who are sensitive to them. For people who suffer from dampness however, the month can help to dry up those problems and also normalize irregular heart problems as the abundance of earth slow down the heart. The recommended food would be: mushrooms, chestnuts, broths of all sort but especially bone broth, bone marrow, small amount of salty fermented food (Kimchy, miso…), hard cheese.

It is otherwise an excellent month for meditation, to reconnect with nature and animal, to use energetic stones that will be more efficient at this time, to treat yourself to some deep tissue massage and generally to slow down, stay still, finish what you didn’t during the Goat’s year and prepare the coming of the Fire Monkey year.

Now I invite you to discover your Chinese sign and Bazi predictions in part 3 here.