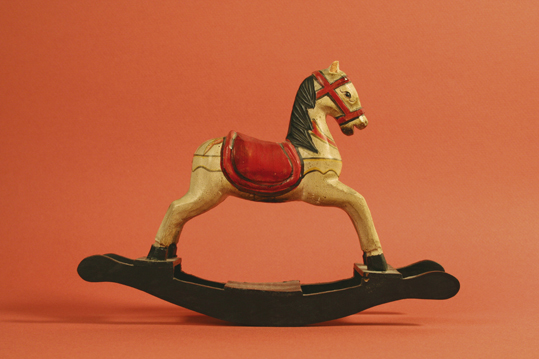 It is this time of the year when we can look at and prepare for the next Chinese year.

2014 will be the year of the Yang Wood Horse. If you know a little bit about the cycles of the Chinese calendar, the previous Yang Wood Horse was 60 years ago, in 1954. Therefore I will also look at event that took place at that time in this article.

If those who ignore history are bound to repeat it, in Astrology history repeats itself to some extent anyway!

Remember, the Chinese year starts for calculations with the solar date of the 4th of February. The lunar date, used for celebrations, is on January the 31st in 2014. The following analysis is based on the Stem (Yang Wood) and Branch (the Horse) of the year. Further articles will explore the full “chart” of 2014, as well as its influence on your specific sign and Bazi.

The energy of 2014 is Yang Wood over the Horse. The Horse is a Chi considered to be 100% Fire. The Wood is on top of it this year.

Yang Wood is the Wood of the trees: think oak, sequoia, large solid trees. However, in 2014 it is sitting on intense Fire. The already strong Fire is also fed by all this Wood; therefore the Wood is weakened.

Sure enough, the Wood can use a bit of Fire, like the warm of the sun to grow; but it can be argued that in 2014 this Fire is too strong for this effect. Furthermore, the Fire is at the bottom; so we are not talking about sun rays nourishing the Wood, but rather of a jungle fire eating the trees.

So, the Wood is weak. Health wise, this means we will all have to be gentle with our liver and gallbladder: Wood organs that will be under stress next year, especially during the strong Fire months. Liver cleanse are in order in early springtime, to help.

This also means that Wood related industries might take a hit next year: education and the publishing industry come to mind. My guess is that the education system in several democracies will go through difficult times; with maybe reforms that won’t go well or cut in budgets.

Quite literally, forests like the Amazon could be the subject of fights or natural disasters next year.  Taking care of the environment is also an activity related to the Wood Chi that is under attack next year. The attack could be natural, or due to governmental policies: time will tell.

However, the Fire related industries will obviously be strong and greatly benefit from the Chi of 2014. I expect developments in telecommunication and computers related industries. Watch out for major announcements from Apple, Microsoft or Google for example; especially in February and during the summer.

I also expect the stock market to experience highs, rather than a crash, in 2014. Maybe a new record for the Down Jones…

In term of food, while organic should thrive (see below), the Fast Food industry can also benefit from this Fire trend. Fire increases the speed and benefits the industries that rely on fast turnover.

In other domains, that can also translate in speed records. That was the case in 1954, when Juan Fangio , made a new fastest lap of the Silverstone Circuit with an average speed of 100.35 mph.

The Earth industries will also benefit from such a strong Fire. Why? Firstly, because the Fire feeds the Earth. Secondly, because the Wood is weakened next year and Wood controls the Earth; so without such a control, the Earth gets stronger.

Expect a good year for the real estate market that should know a peak. Insurance companies could also benefit. Major discoveries in archaeology are likely to occur. Ariculture reforms could benefit this trade. We can also expect advancement in animals’ rights. Organic and real food should thrive, and abuse of animal welfare be exposed.

Metal industries will have a hard time, most likely. Cuts could be made that will be detrimental to medicine or healthcare; scandals with the drugs industries are likely to be exposed. The strong Fire shining will cast some lights on facts that were previously hidden and Metal industries, controlled by the Fire, are likely to be in a hot spot and witness new regulations.

Strong Water clashes with Water. The transport industry will likely experiences some problems, especially during the strong Fire months. Problems with maritime transports could occur, but any form of transport (train, cars and planes) can be affected. Paradoxically, the transport industry could also witness major technological developments next year.

In term of conflicts, this energy has two sides. A look back in History teaches us that 1954 saw the first Indochina war and the first step to the lengthy, bloody and costly Vietnam War. However, during the same year, Mc Carthy was on trial against the US army.

So this strong Fire energy can trigger explosive and fast conflicts but also call for exposing some unfair treatment, especially related to the army. Let’s not forget that the army is also related to Metal, under control next year…

We could see other revelations made by whist blowers like Snowden or Mannings occur in the year of the Wood Horse. Coup d’état and military interventions are also likely to occur. In 1954, there was a coup in Paraguay, the disastrous battle of Dien Bien Phu and the beginning of the Algerian War.

In all honesty, my main concern is about nuclear energy. 1954 saw the first US test of the hydrogen bomb in the Bikini Atoll (1st March 1954); the Castle Romeo nuclear test (27 March 1954) and the commission of the first nuclear Submarine by the US.

Our eyes shall be turned on the still ongoing ecological disaster in Fukushima. Now that the cover up is disappearing, more and more alarming news are showing us the extent of the contamination for the whole world.

The month of February 2014, with its very strong Fire energy, will be critical. Let’s hope it won’t end up badly, but I would say that February 2014 is a risky month for nuclear energy. Likewise, the summer could be tricky too.

Luckily, should a problem occur, this time it will trigger international responsibilities and intervention under the Horse, that kicks some buttocks when needed and call for fast actions. One can hope.

A bit more light-hearted, let’s have a quick look at cultural events. If you have enough doubts about the cyclical nature of time and history, in 1954 the first Godzilla movie was released. It was a Japanese production that dealt, in a fictitious manner, with the trauma of Hiroshima and Nagazaki on the Japanese population.

In 2014, while Fukushima is now contaminating the US and Canadian west Coast besides Japan (karma?), the new version of Godzilla will be released. Both movies during a Horse Wood year…

For this reason, and considering that the topic deals with nuclear energy that will be “hot” in 2014, I predict a major success for this second remake. On top of it, it’ll be released in summer, during strong Fire months. The previous US remake was released in 1998, an Earth Tiger year. The Fire was not strong, which did not benefit our nuclear monster that much…2014 shall be another story.

Future articles will focus on predictions of cinematographic successes through the Bazi so stay tuned on that topic. To be more accurate we would need to have a look at the Bazi of the movie director, major cast and the producer.

Finally, 1954 saw the beginning of what would become uber successful musically: Rock N Roll. The match that started the fire was “Rock around the clock” by Bill Haley & His Comets. 2014, I predict, will see very energetic songs and probably a new musical trend. It won’t be Chopin with all this Fire around, I guarantee you!

In next articles we’ll have a look at how this energy might personally benefit or affect you.

The best way to get accurate predictions for 2014 and the following years is still to order your Bazi chart and analysis, with a special 25% off during the whole month of December! So wait no more to get ready in time for the Yang Wood Horse year.