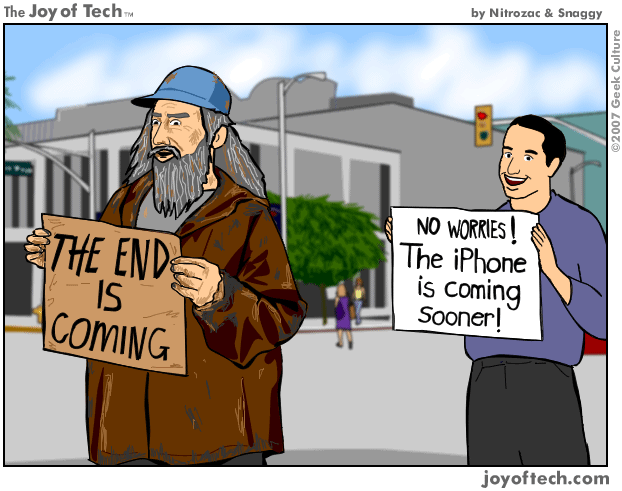 As my best Quebecois friend, Jacques, once told me: I am not rich enough to buy cheap. This seems like a joke, but this is actually rather profound…

Earth day was this week, and I ask you: do you have the Earth attitude? A day is good : whatever action brings more awareness to our environment, and to the delicate equilibrium that links us to mother Earth, is a step forward into a more sustainable future. What I remain hopeful to see is an Earth week, Earth month, Earth year then decades and centuries…A long lasting change of consciousness to live in a different manner, as the shepherds of the land we are meant to be, rather than freeloaders.

On this topic, I wish to give you some thoughts aboutI an aspect of our current civilisation that bothers me quite a bit, and that I think could be drastically improved. I am talking of planned obsolescence, and his companion in arm, perceived obsolescence. If you are not yet of those expressions yet, here what planned obsolescence means:

a policy of producing consumer goods that rapidly become obsolete and so require replacing, achieved by frequent changes in design, termination of the supply of spare parts, and the use of nondurable materials.

In other words, planned obsolescence is when manufacturers of goods use materials and a design that won’t last, because it’s either:

This is pretty much everything wrong with capitalism, summarised in one neat notion. The first fact (try to pronounce this 10 times quickly:, first fact) that some appliances are designed to break, crash, become zombie or a member of the Tea Party: to summarise have no useful purpose after a while. It’s often not an unfortunate side effect, but EMBEDDED in the design.

This is, when you think about it, quite astonishing. I might sound old fashioned, but I dare to state that brands a century or even 50 years ago were NOT build with this aim in mind. They were built to last, because they were proud of their expertise, their skills, their products. Some stoves, trains, cars or fridges from the early 20th century still work! Think about this for a while and you’ll see how it was a different perspective.

The second problem of this concept is the cost. Some of these products are cheap, and we then know they are not gonna last long but still, we buy them. Most of the Chinese industry of manufacturing make a living out of this. This means that the workers are paid peanuts and that there is a lot of suffering behind those produces, in form of terrible work conditions.

The other cost is of course in term of environment, and this is where it fits in Earth day. Every item that you must renew after a couple of months or every year ends up in landfills. The plastic materials are a problem, but there is much more. All electronic gizmos contains heavy metals: mercury, cadmium, aluminium and so on. When they are in landfill, they eventually leak and go into the environment, creating toxic contaminations that we don’t even see…But they eventually affect nature and the food supply. So with this inane system, we end up contaminating ourselves and the health cost is certainly the highest of all. This is karma for you!

Planned obsolescence is a cheap (pun intended) economic logic. Basically, if you renew your product very often, the manufacturer makes more money: this is what they think. But does it really works this way?

If you buy a no brand, like headphones for $5, you know you’re going to experience  a crappy sound and that you’ll buy another one in a month; then the brand doesn’t matter, we don’t even look at it. So it’s a gamble for those manufacturers.

On the other hand if you buy a more expensive and known brand and if your item break quickly, are you inclined to buy again from them quickly? I know I’m not, so they loose me as a customer.That is why clever brands have invented a second concept, that is potentially worse than the first once: perceived obsolescence.

An idea planted in our minds that the product we own, let’s say for example an iPhone, is not cool anymore because the new one has been released. It can still perform brilliantly, and could last a couple more years (mind you, it all depends of the planned obsolescence that is in the design!), but no, really: you can’t keep it. It’s not an option. You’re a loser if you do so.

Because the new one has been released. Look here, it’s on this giant billboard: it’s pink, it’s yellow, it’s blue! It’ll now take you 0.5 microseconds less to post your lunch pic on FB: isn’t that neat? You’ll cry even more if it is stolen, broken, crushed or bricked! You actually will have a much higher chance to get it stolen. And so, YOU NEED TO HAVE IT NOW.

Except you don’t. Because deep inside, you know that you are not a sheep. You’re a human being, and an amazing one (you read this blog after all). You can resist this urge: that is not a biological urge but an artificial one, created by marketing. Your current phone and laptop work just fine. They will keep working fine for another 2, 3 years: maybe even 5. Relax, take a deep breath: you can keep them and still be happy.

What about those poor brands you tell me, how can they survive without you buying a new phone every year? Well, look at it this way: with 7 billion inhabitants on this planet, and an estimated 6 billions owning  a cell phone (that is more than people having access to their own toilets!) (1), chances are some people will replace their every day. So even if we would stop en masse to buy the brand new model, they’ll do well. And for yourself, you will do even better on several levels:

Still not convinced? Well I have the ultimate solution for you. Rather than be like everyone else, stands out and talk about your choice. Declare that from now on you’re a rebel, you’re unique, you’re VINTAGE! You have consciously chosen to own this 3 year old model because it’s different, it’s a statement and you feel good about it. How does that make you feel?

Oh well at least we’ve tried haven’t we? We’ll always buy some new something, and we shan’t feel guilty about it. But for those tech choices that have an enormous impact on our planet, and therefore on our individual and species karma, then it’s good to be conscious on all sides and to replace them whenever needed, rather than before. It’s one easy step to a better karma. Fashion is cyclical so chances that you’re 5 years old laptop will be super trendy in 5 years from now…Think about it. I leave you, gotta post my lunch pic on Facebook now.