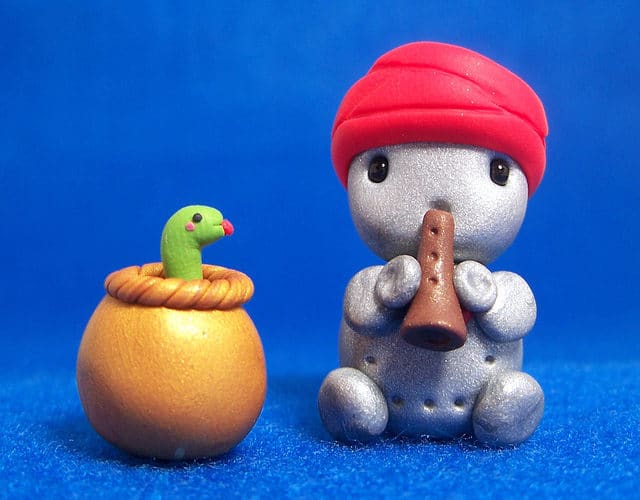 Welcome back to www.laurentlanglais.com  and the Chinese metaphysics blog, where we talk about monthly Feng Shui, Bazi and world events. In this article we’ll explore what happened during the Snake month of May 2016 in regards to my Chinese astrology predictions, that you can find here.

In italic are excerpt of my previous article…First, let’s see if the natural disasters that I have announced have happened in May 2016. The Chinese Snake month was one to approach with caution. Copyright: https://www.flickr.com/photos/ittybittiesforyou/

First, the big one. With the new Shell underwater oil incident in the Gulf of Mexico,  my prediction of Fracking incident or oil spill at sea very likely this month has unfortunately been fulfilled to the letter.
http://www.theguardian.com/…/shell-gulf-of-mexico-oil-spill
In my predictions for this Monkey year I also wrote: “The economy of oil and its extraction (fracking, offshore etc.) are all over 2016. Why? Think about it: Yang Fire + Yang Water = oil, and with the Yang Earth and Yang Metal involved, it is about oil extraction and economy as well. An oil spill is not unlikely…”
http://goo.gl/Ltv0Qd

Volcanoes erupting: those volcanoes are likely to be connected to the Water Element. Either on an island, close to the sea, underwater or covered by snow;

This predictions was fulfilled several time. First, with the spectacular eruption in Costa Rica of the Turrialba volcano which covered the capital San Jose in ashes.

It also happened with the mount Sinabung in Indonesia in the 21st of May, an eruption that claimed several lives

The Mount Etna itself awakened during this Snake month

Six volcanoes erupt simultaneously around the world on May 24, 2016

I think we can agree that this prediction was well fulfilled!

What about the Tornadoes then? Tornadoes or hurricanes that might be off the chart;

From Wikipedia: The May 7–10, 2016 tornado outbreak was a significant four-day outbreak of tornadoes which spawned numerous tornadoes across the High Plains, central Midwest, and parts of the Ohio Valley.

Eruption of violence in a month that is otherwise not too agitated, in form of a few isolated shouting and bombing.

This one was also spot on. It was not a major month for terrorism, but several outbreaks of localised violence emerged regularly during the month. There was a stabbing in Munich

A few in London…

And some bombings too, unfortunately.  In Dürümlü, Turkey

Planes and boats will experience problems, possible crashes this month;

This one was also unfortunately spot on. In the last few days a boat with more than 800 refugees sunk and this news unfortunately received little coverage…

There was a few small planes crashes but no big ones this month, which is reassuring. The Water/Fire clash affected boats more than planes this time…

Other objects could be falling from the sky: meteorites, satellites;

And so we go, there was a meteorite falling in Quebec during the Snake month!
http://www.telegraph.co.uk/news/2016/05/21/meteorite-seen-flashing-across-the-skies-of-montreal/

The was also the discovery that “Tutankhamum’s knife was made from meteorite Iron!”

No satellites fell as far as I can see, but objects fell from the sky during May 2016 in Kent and it made for quite the news:

Hacking of a large corporation or government agency;

Indeed! The mobile giant 51degrees was attacked this month

Bugs, again, for some high-tech brands;

Microsoft made the news for its Sleep of death bug on its Surface products and its decision to…Not fix it!

There was also a major bug for Itunes

iTunes Bug Could be the Cause of those Disappearing Music Libraries, not Apple Music

Scandals regarding some high figures exposed on the public place: think along the lines of very egotical people (Trump, Clinton, some presidents of hot countries and/or some CEO) in hot waters. More revelations in the lines of Panama papers, wikileaks etc. are possible this month;

There was a real galore of scandals exposed during this month! The sovereign funds of Malaysia exposed

The Brazilian leader Michel Temmer in hot water for corruption:

Libetarian politican scandal in the UK

And evidence of electoral fraud from the Tory party, currently investigated, but which weirdly enough is seldom reported especially by the BBC…Go figure

But also a huge scandal with 4 US Cancer charity using 187 Millions of donations for luxury expenses!

It has also been difficult on the Syrian front

Heated debates on genders and discrimination in some states (USA)

More debates in regard to religion and possible scandals.

Possible advance in women rights, most notably by some religion or inside religious countries. Possible reforms talked about priesthood for women etc.

The infamous bathroom bills laws continue to make some waves this month, but moreover the Pope Francis opened to possibility for women to become deacons in the Catholic church.

There was also some feminist talk against Pakistan and the censorship of an article on sex and women..

Let’s not forget the “heelgate” scandal, about this working woman sent back home for not wearing high heels…

But the big one was the religious scandal of the Catholic church and pedophilia exposed in France
http://religionnews.com/2016/05/20/prominent-french-priest-and-vatican-adviser-accused-in-sex-scandal/

And the NYC times looked into the issue of transgender kids:

So as you see, gender and their boundaries were very much in the news during May 2016.

Stock market. Will the crash happen this month? Most markets will have a Yo-Yo effects of stronger up and down than usual this month and some will be quite depressed. Some political announcements and regulations will initially depress several markets locally. The South American and Asian markets especially could be severely hit this month. I do not think that the crash will happen this month, yet.

Both the US and Chinese stock market were in spiralling down this month, like I expected. No crash…Yet. That will be another story after the summer…

Exactly as I predicted! The bird flu made a reaparance in Cameroon this month:

Beyond animals, a scandal about Portland schools contaminated water made the news lately:

Very strong month for sciences. Actually it’s likely to be a crazy month with amazing news around the following areas:

As I expected, big news around a Quantum computer from Canada emerged this month:

And what about a shape-shifting touch screen?

It is also a month during which exploration of space will be talked about. It could be the month when bacteria are discovered in space, on a meteorite, in the frozen water of Mars etc.

News about possible new human cities on Mars or underwater; Mars will likely make the news this month;

The two types of events somehow merged, with the publication of new studies showing that space radiation destroy biological material quickly and therefore it could make it hard to find trace of alien microbial life on Mars

Just before the beginning of the month, news about water and Mars were also published:

Besides a study on polluted dust affecting the oceans, I could find no such news…

Possible medicine breakthrough in term of:

Spot on! What about “New way of growing blood vessels could boost regenerative medicine“

The Pakistany PM went for cardiac surgery this month in London

genetic experiments and treatments: stem cells, brain stems, neurons and sterility are all likely to be much talked about;

“Resistant neurons point the way to protective factors in ALS”

spinal cord and the nervous system.

An incredible study authorised by the UK government showed the magic mushroom lifted long time depression in 12 patients who took them! This is absolutely groundbreaking.

Very strong month for Hollywood with record shattered in TV and movies box office. Captain America: Civil War will beat Batman v Superman at the global boxoffice and get very close if not above the Avengers movies numbers;

Great development for the transport industry;

Several announcements were made during this Snake month about solar energy indeed. One in Ghana for example

Some achievements for diplomacy with cease-peace, truces and agreements reached in several countries.

Movements of compassion forming in several places and taking over social medias.

Both news actually merged about a sea monster fossil!

And even some lake monster picture!

The month can bring a tendency for strokes and cardiac problems and we will probably see one or two famous people suffering from such ailments.

Here I was also very much on track as the month has brought several sudden deaths from cardiac arrests. Two young footballers were victims of them early on during the month for example. Patrick Ekeng from Cameroon

David Ginola is recovering from one

That is 3 footabllers victim of a heart attack this month! Patterns, anyone?

And to finish on a good note, it was a close call for another young footballer, revived on the field!

Are you intrigued by the level of details and accuracy we can derive from the Bazi, Four Pillars of destiny? Imagine what you can discover about yourself and your destiny through my personal Bazi consultation and reports then! Contact me now to analyse your birth chart and understand who you are, what your life mission might be and what 2016 and the following year bring to you. My Bazi consultations in Chinese astrology are done face to face in London, Budapest and Paris or by Skype and written report worldwide.  They can be combined with other oracles such as the Tarot. Furthermore I master a unique form of Feng Shui that matches your home setup with your own Bazi! Due to amount of requests that I have every month, I advise you to request yours early on by email:

I now invite you to look at the world prediction for the Chinese month of the Wood Horse, Jia Wu, starting on the 5th of June 2016 and part 3, your Chinese astrology forecast for June 2016. And dont’ forget my great Feng Shui & Qimen luck boost for this month!