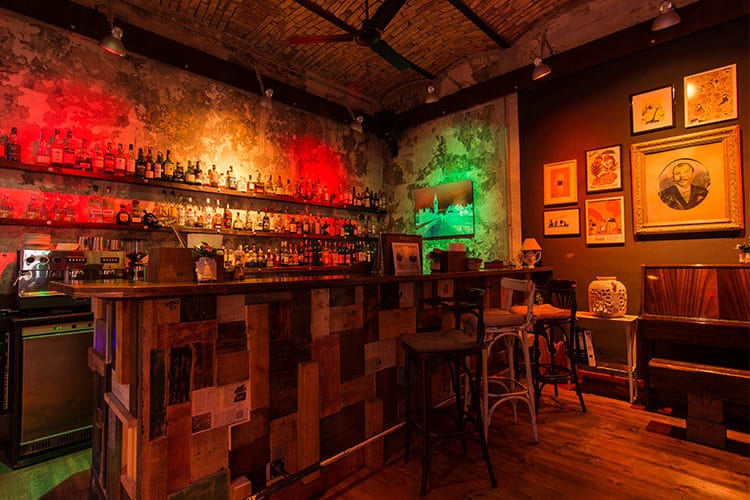 Budapest is full of cool places: the world famous ruin bars such as Szimpla and Instant, the high-ranked restaurants such as Saint Andreas, the thermal baths…

As every city has its hidden gen, a well-kept secret is the members club Brody Studios. It’s a place best described as “shabby chic”: a fantastic, historical building converted into a unique club, bar and restaurant that is the definition of trendy. Socialising over there is an experience by itself: going from one stunning room to another, such as the former external courtyard that now double as a restaurant, you are also likely to meet very unique people, and some quite famous, but I can’t spill the beans here.

Brody studios has been through much iterations in its look – 9 so far! – and I was lucky enough to be able to give my input on the latest redesign. The owners, William Clothier and Peter Grundberg, were interested into a business Feng Shui consultation for their club to see if some of those principles could integrate in their vision. And so we did it in November 2015.

Below are some pictures of the “before” Brody Studios. 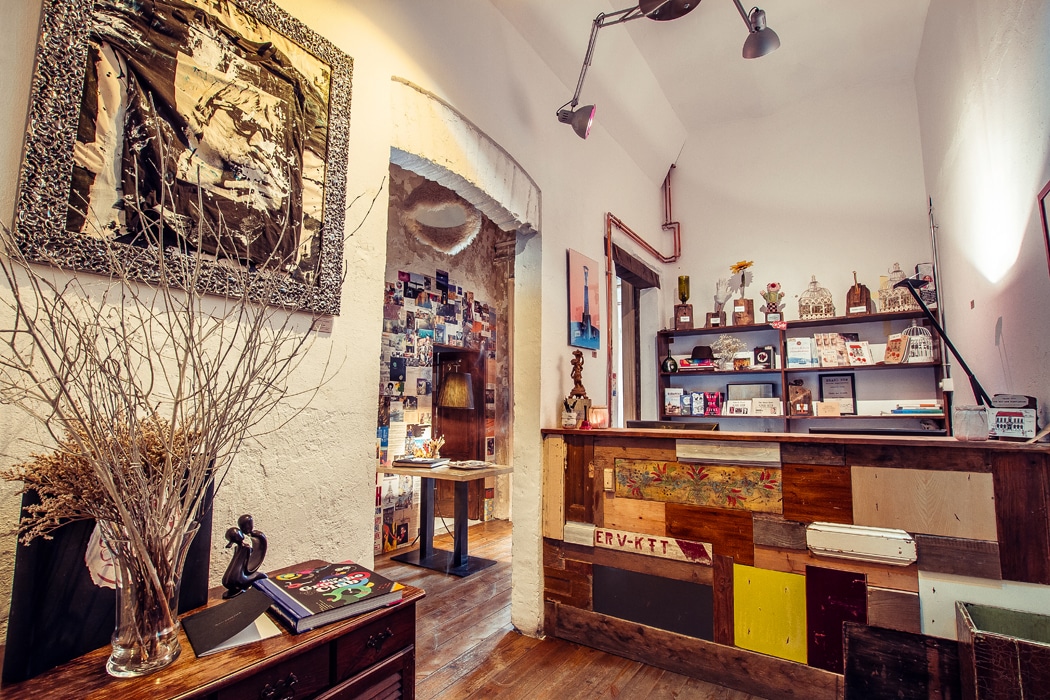 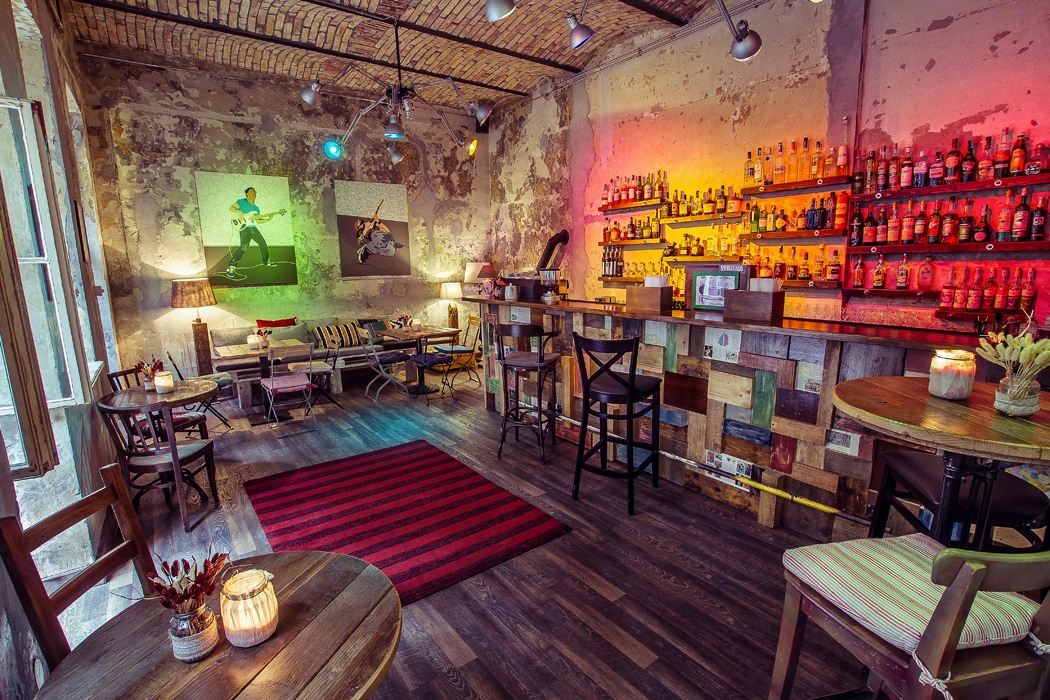 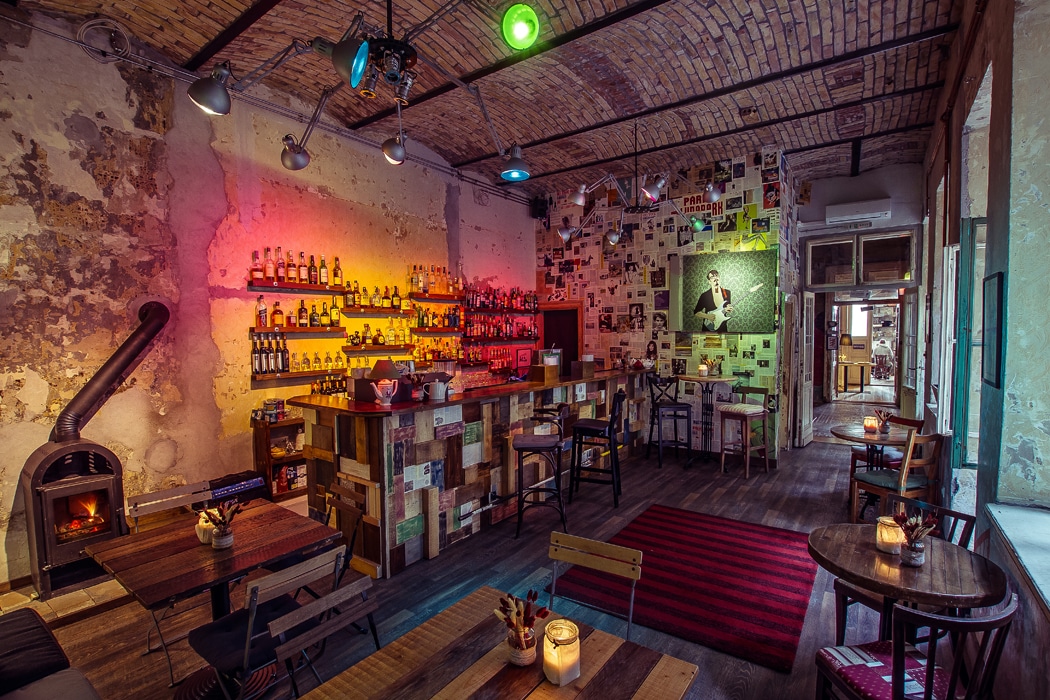 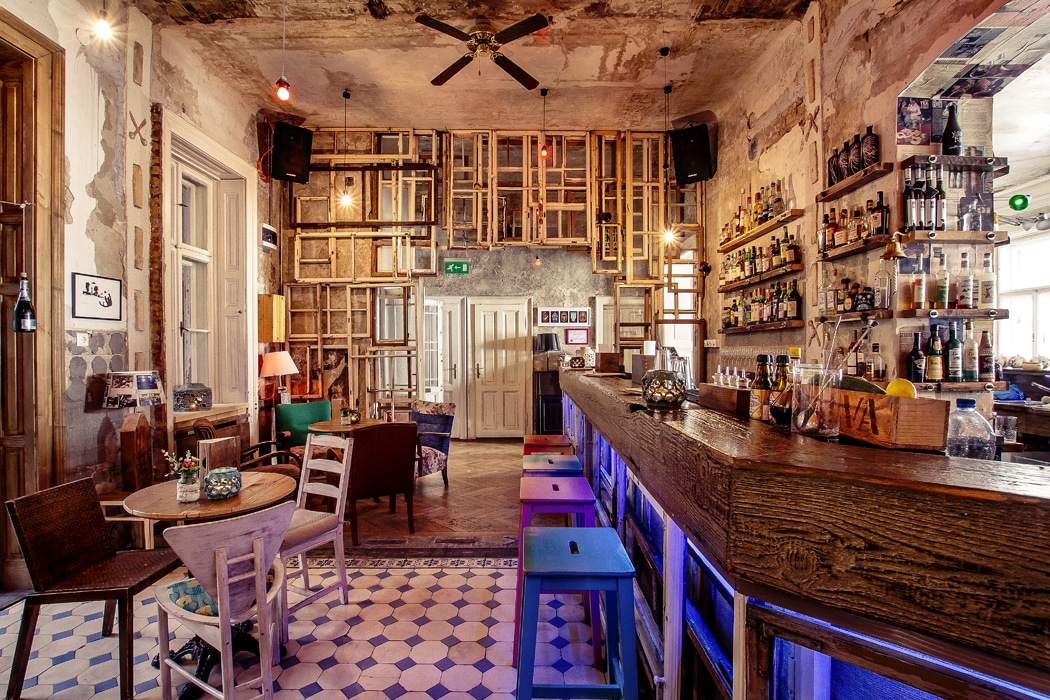 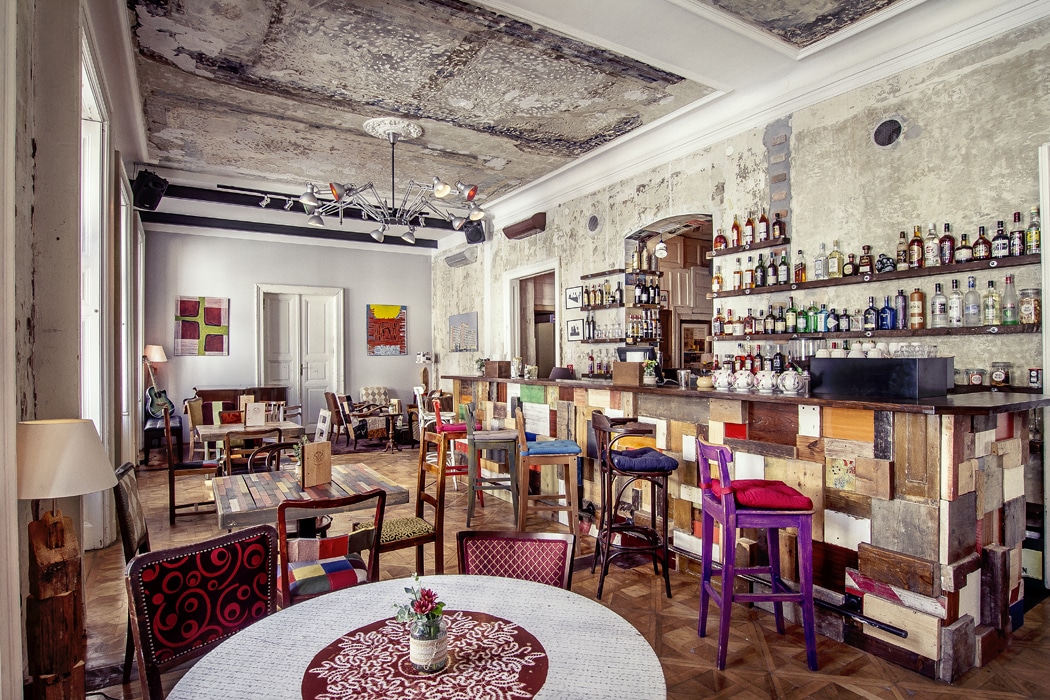 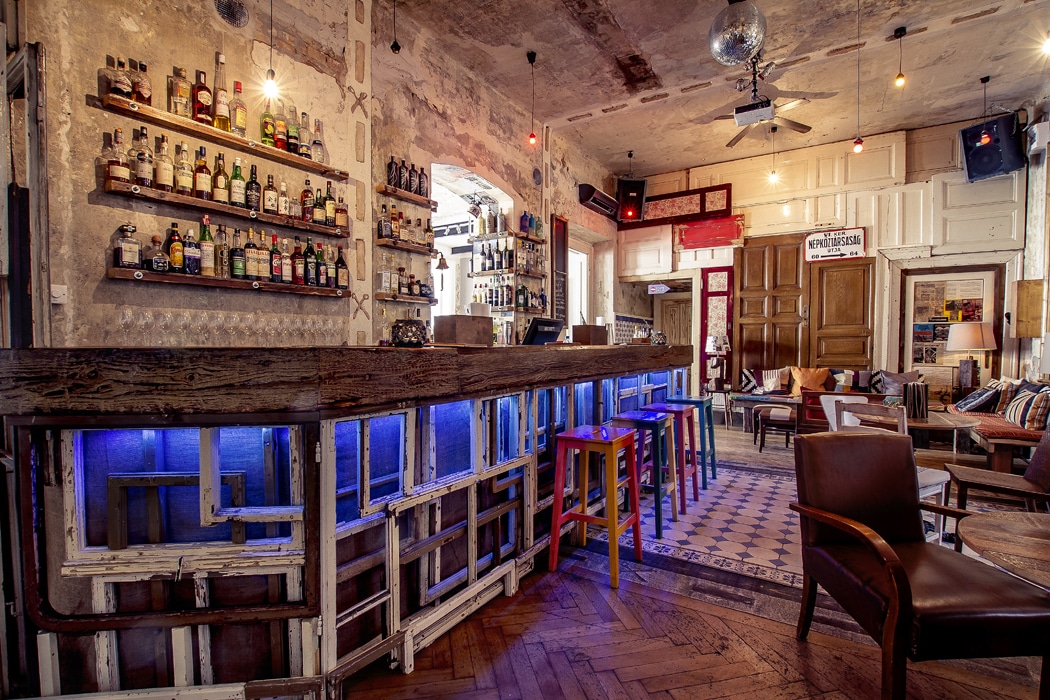 One of the main Feng Shui aspect that I envisioned was to direct the Chi very differently in the premises. Brody Studios has been conceived around some strong straight lines for its main axes.  Those of you who know this place will know what I am talking about. For example the main door goes into a hallway, from which the central courtyard can be seen.

Once in this courtyard there is access to a bar and to a workshop/diner room on each side. Those openings were facing each other and adding other “straight lines” rushing the Chi out. The main draw of Brody Studios has always been this fantastic courtyard, which used to be external and has then being converted into an inside space. If you live in Budapest or have visited, you have most likely noticed how traditional Hungarian apartments are organised around such courtyard…

Any space that used to be external and is now internal will always have a strong Qi, gathered for decades: one that is stronger and more vibrant, has having been exposed to the outdoors. In Brody Studios, this central hub and the straight axis on the sides combined. As a result, most people were more attracted to the courtyard and did not spend enough time in the other spaces.

That was a problem for two reasons: the first being that the place was not used to its full potential; the second that, from a business point of view, one needs to see the clients spend their time at the bar and ordering drinks for the business to survive! Previously people were chilling in the centre too much and using this bar sparingly. The previous layout of Brody Studios was rushing the Chi too much along the central axis.

The bar has therefore being totally redesigned; it has been moved to a totally different side of the room, at a 90 degrees angle from its previous location. This shift was important to also move the sink to a better location, as those water exits were hurting the income of the club. It was also important to gather a better Chi for this business and send the right message to the clients entering this room; they can now see the bar and its appeal right away. This new bar acts as a magnet…

Consequently, one of the side opening had also been shut down. The accesses to the sides of the courtyard are now done in a way that is much more of a flowing Yin/Yang Tai Chi movement through the center, suppressing the straight axis. Finally the Earth and Metal Elements (in the 5 Elements logic) along with the glamorous aspects have been enhanced in the bar decoration. The wood stove that was damaging an important money and reputation area for Brody has also been moved to a safer location.

Following this redesign, the Chi has become much more vibrant in this bar and people are now constantly drawn to his room, rather than just passing through. Going from the courtyard to the bar is now a natural flow, rather than episodic. The side room that host dinner parties and double as a workshop space has also benefited from this redesign: it is now accessed by another door. The nearby toilets that were also affecting the income have been removed.

Finally the reception area has been totally redesigned to allow for a more natural flow of the Chi and the clients coming in; previously it was more a point of congestion. The owners already had a redesign of this area in mine, and my findings confirmed that it was a must. Our visions met nicely in this room.

The upstairs and downstairs rooms have also been refitted and redesigned.

Downstairs, the previous play room is now a classy bar which help to draw more people in, as this floor was previously a bit more of a dead space. Upstairs, the big improvement has been to remove the “leak” in the central axis and completely move the two bars that were in the center. There was previously a straight line running from the main façade to the central bars. The problem was the over-stimulation of this axis, as well as the placement of the sinks in area which were severely affecting the Chi of the entire place. The bars have now been moved to the side of each rooms which allow for the spaces to communicate much better and for the Chi to settle: people spend more time in those rooms where they can order drinks and food. In the main upstairs room the position of the new bar also enhance the whole premises as the location of the neon Brody sign and logo is now reinforcing the reputation of this place.

Further aspects developed in the Feng Shui were about changing the artwork in some places, changing some of the colors and stimulating some specific areas for money and fame aspects – this work was analysed both on the floor plan and in the physical space. Here are some pics of the “after” Brody Studios, once the latest redesign and Feng Shui touch have been implemented. 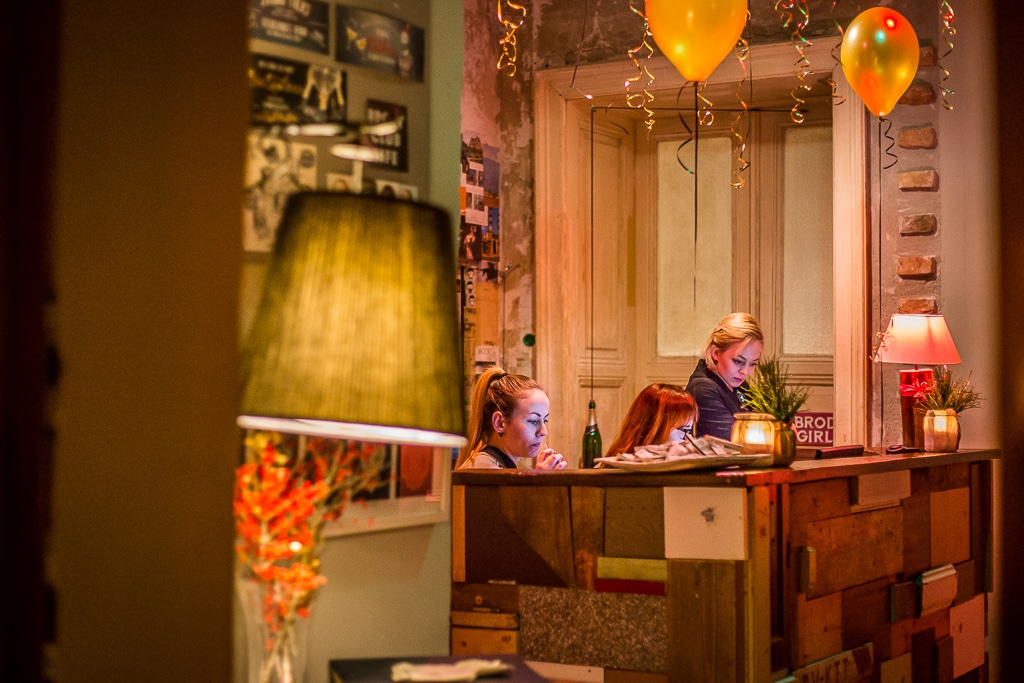 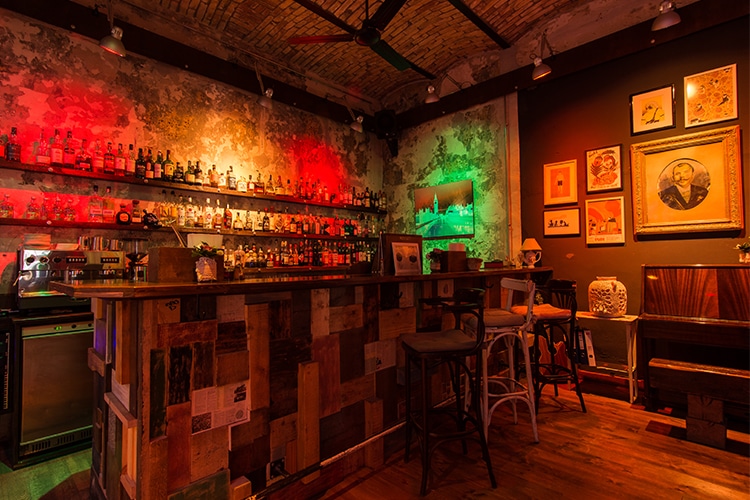 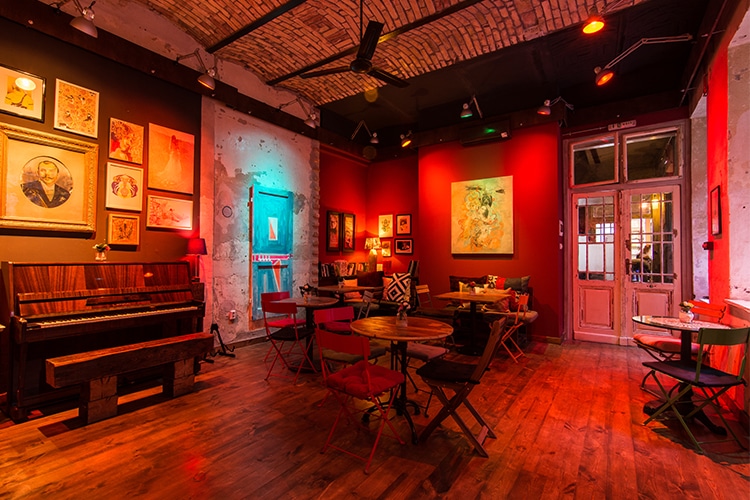 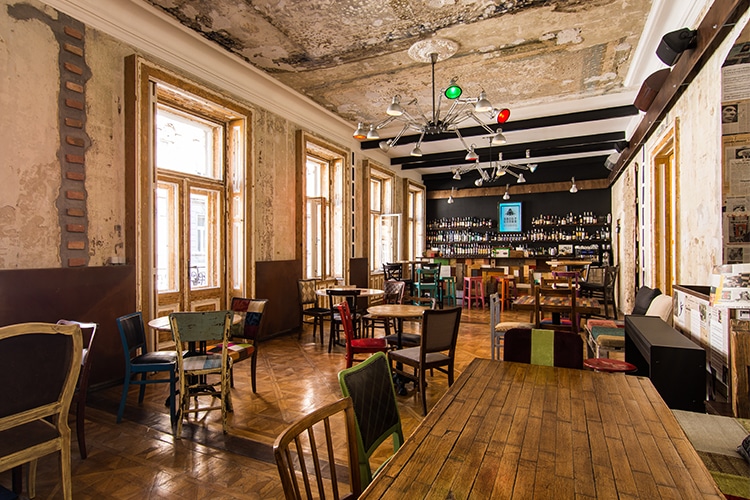 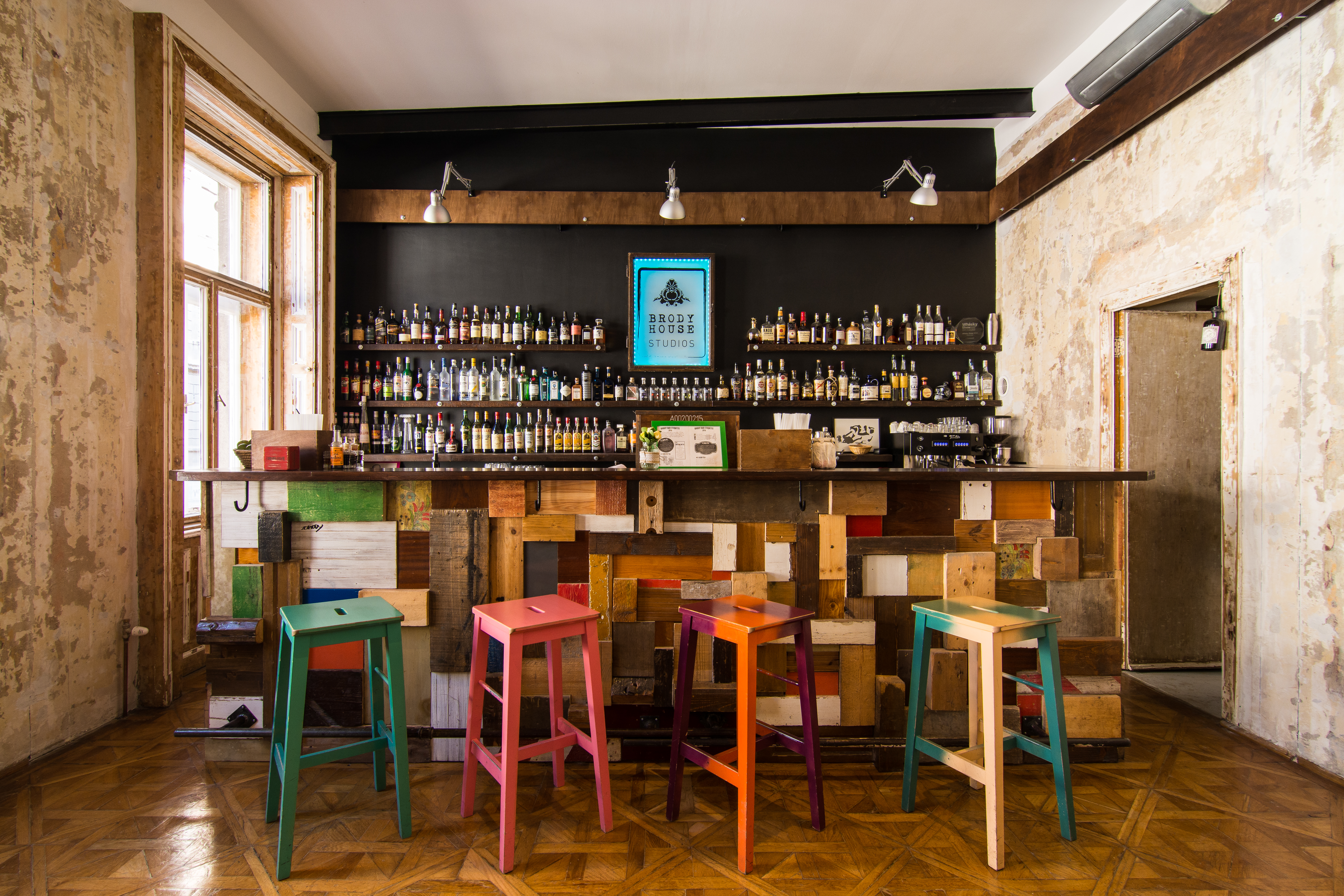 The prestigious members club Brody Studios in Budapest, for which I gave a Feng Shui consultation. 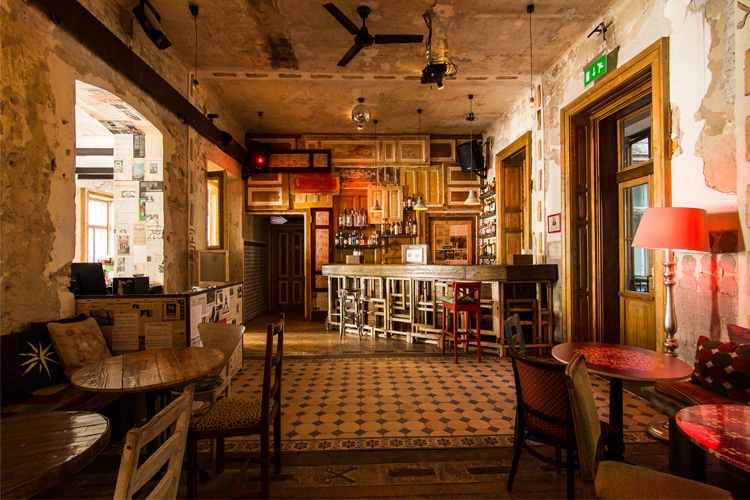 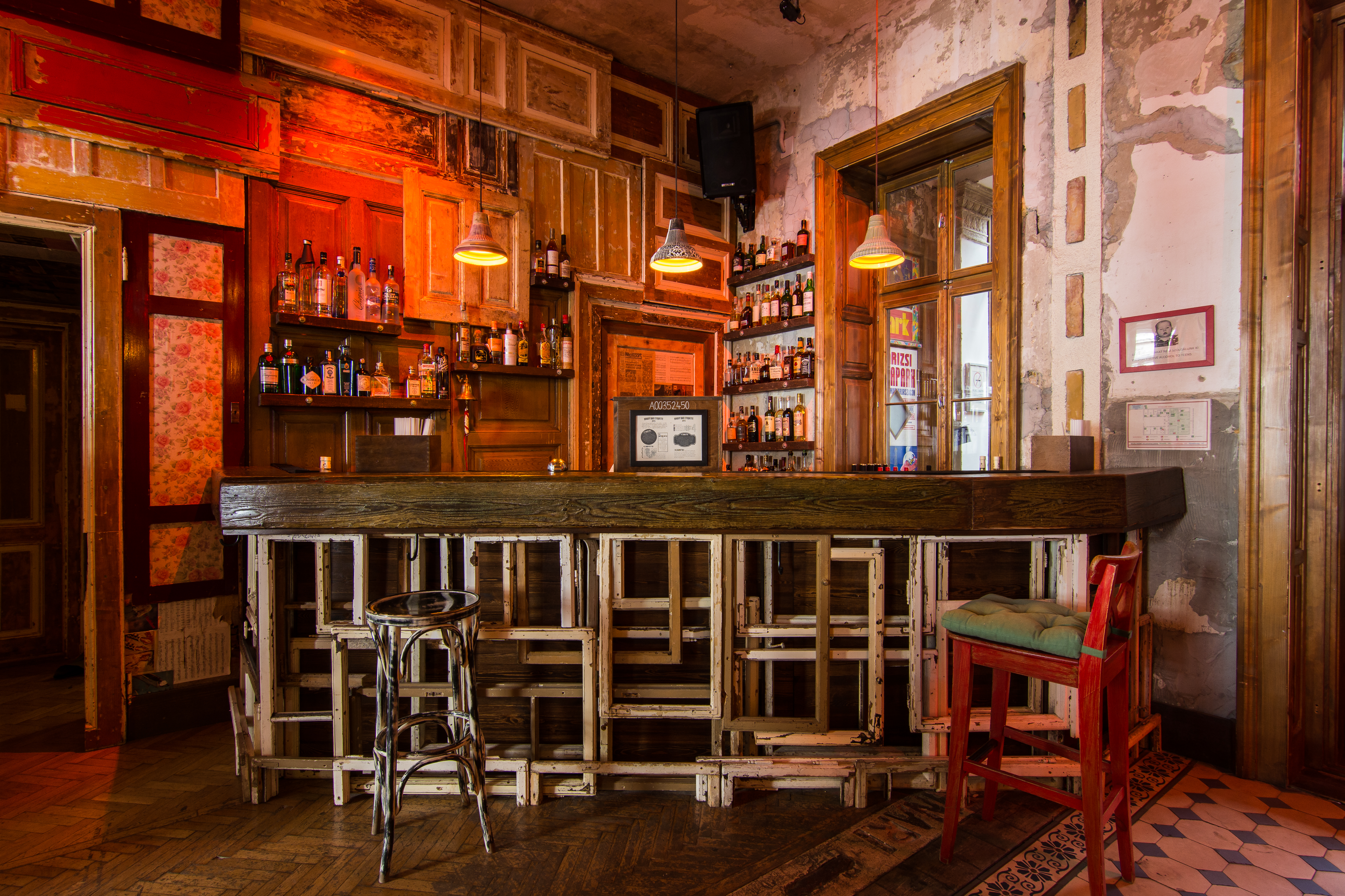 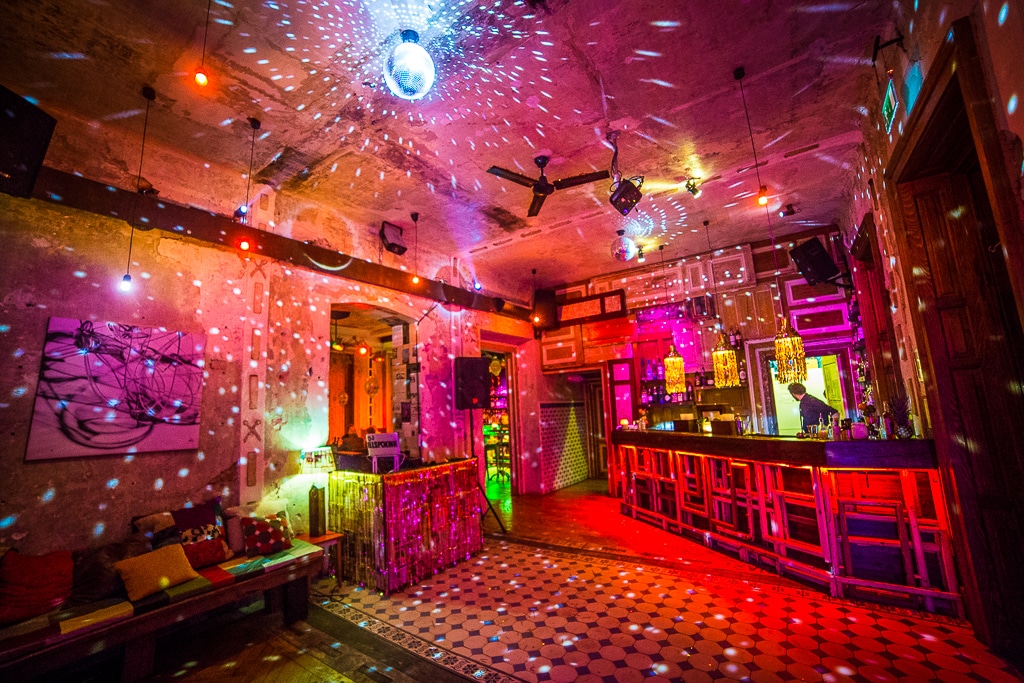 Rather than taking my word for it, I invite you to visit this exceptional space, which continue to manifest the daring vision of Peter and William with their stunning members club, bar and restaurant. It was extremely satisfying to be able to collaborate with people so creative who incorporated Feng Shui aspects in the recent revamping of the club. And the Brody style also goes beyond Brody Studios; they also offer a unique boutique hotel as well as apartments, which are a must for your stay in Budapest. The artyard is a new art gallery and studio. There is finally the recent addition of the Brody Villa is a safe and extremely elegant haven in Budapest for all writers and creative type. You can see what Brody has to offer through their website: http://brodyhousegroup.com/

If you have been to the Brody Studios and like the new redesign, leave your experience below in the comments!

If you have any business such as: a bar, a restaurant, a hotel, a spa, a retail store, an office etc. that could do with a good Feng Shui redesign to improve its efficiency, clientele, contact me now: laurent@laurentlanglais.com I offer business Feng Shui consultations in London, Paris, and all over Europe, as well as internationally when needed.

All pics in this article are courtesy of the Brody Group and under their copyright. Thank you.

One thought on “Brody studios: innovative design with a Feng Shui twist.”