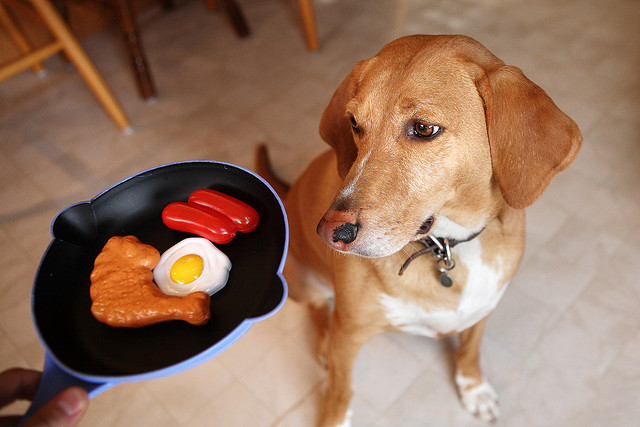 Here we are! On the 8th of October started the new Chinese month of the Yang Fire Dog. A very different animal from last month, and with the return of the Fire so close to the winter season, we can expect interesting things to manifest…But first, let’s review the previous month in regard to my Bazi/Chinese astrology predictions, and see what came true. The Dog is taking over the Rooster month! Credit: http://www.flickr.com/photos/tudor/

My article on the previous Yin Wood Rooster month can be found here: http://laurentlanglais.com/chinese-astrology-bazi-predictions-rooster-month/

The general pattern that I was expecting for the Yin Wood Rooster month:

My predictions are therefore as follow. We will see several cases of people or citizen challenging the law. Some will be fair and for the greater good, especially in term of environment and pollutions, as well as civil rights.

Actually, let’s start with an unusual case of a government arresting and suing companies responsible for pollution. This is happening in Indonesia where the government is cracking down on corporations that contribute to the terrible haze by burning forests. For having lived and studied in Kuala Lumpur where we suffered from its deleterious effects, I am behind this fight!

“The fires are said to be caused by corporations as well as small-scale farmers who use the illegal slash-and-burn method to clear vegetation for palm oil, pulp and paper plantations.”

So this is in line with my predictions on environmental challenge and legal actions. Of course the other major environmental scandal revealed during this month was with Volkswagen and their car exhaust scandal. This was revealed again by a government agency in the US. This news went worldwide and deeply affected the brand, and rightly so.

While it started with a government agency, it however fulfills my predictions of citizen movements: the case is now snowballing and several citizens and environmental groups are preparing class actions against Volkswagen:

My words last month were also: Expect potential interesting class actions around those issues and “Erin Brockovich” type of scenarios appearing this month. The government and authorities will fight back and not lay low, as the Metal is strong this month.

Through amazing synchronicity, ZE (with a French accent) Erin Brokovich herself came out to publicly accuse officials of lying on the state of pollution of the Colorado River!

What about civil rights? I was making the point that the Kim Davies case would not go down smoothly but escalate: An obvious case during this month is Kim Davies, the county clerk who refuses to deliver marriage  licenses to same sex couples in Kentucky…As the Wood-Metal opposition is strong this month, the case will escalate.

It certainly happened, with her allies tricking the Pope Francis into meeting with her to apparently support her fight. The Vatican had then to issue a statement that it was not the case and that the Pope Francis was distancing himself from her views:

And it now snowballs into a citizen petition aiming at firing the archbishop who tricked the Pope in meeting here.

This is therefore fulfilling both my predictions of citizen-initiated movements influencing civil rights issues this month, and the escalation of the Kim Davies case.

I was also foreseeing some diplomatic tensions. As for countries themselves, there will be plenty of tensions in the diplomatic process this month, with some flexing their muscle. With the Metal-Wood conflict, we can actually expect the West and the East to be in conflict. More complex problems will be considered such as the immigration policy of Europe.

Did we see some diplomatic crisis this month? Yes, we did. First, between Sweden and Marocco about the Sahara region.

Then, the continuation of the Colobiam/Venezualian migrant and diplomatic crisis that is not widely advertised yet:

But moreover, there is the absolute embodiment of those words that I wrote a few weeks ago: with some flexing their muscle…we can actually expect the West and the East to be in conflict, with the US-Russia diplomatic opposition around Syria:

And as foreseen, the East has been showing its muscles by targeting ISIS with Russian airstrikes in the past few days. Airstrikes that, we are been told, have been very efficient and make the US look like amateurs in that case…

As for the evolution of the refugees crisis, I think you all well informed on that case. It continues…

Furthermore…I also expect more citizen and civil rights movements spontaneously emerging in several countries. It seems unlikely that we will see something of the scale of Arabic springs, but expects some movements in that front that will be anti-governments, anti-corruption and anti-system.

It was the case in Nepal mostly with protests against the new constitution, which is a perfect example of civil rights issues:

And likewise with Malaysia. In both countries the issue is discrimination of certain ethnicity, and Malaysia certainly has a lot to answer on that front…

Finally in Peru a state of emergency was declared after miner protests vs the government ended up with 15 dead – an illustration of the repression that I was foreseeing for this month:

That ties up with my prediction of movement around the mining industry predictions too. I was however expecting stronger and more abundant citizen initiatives worldwide. If some went under my radar, please let me know… Rooster, you are so last month. Credit: http://www.flickr.com/photos/cat-sidh/

And what about the good part that the Yin Wood Rooster month brought then?

As for the benefits this month will bring, we can expect some strong developments in the Metal related areas….Which area of medicine would be most concerned? I expect that it will be around the spine, back, torso and generally around mobility and bones issues. Why? Well, we have the flexibility of the Yin Wood at play and the rigidity of the Yin Metal against it…The association of the two brings the picture of a device that would help people to move, or to fix the spine for example. Before the Rooster month is over, I therefore expect to hear about surgery, devices or new techniques in those areas.

So! Advances in spine or mobility related issues. That is a precise prediction. Did it manifest? It did. First, with the coverage of a “breakthrough surgery” for migraine relief, which has been discovered to be often related to the compression of nerves in the upper back/neck area.

And what about a paraplegic man who went on…WALKING AGAIN with the help of electrodes stimulating part of his brain? This was deemed as an event making medical history, and it all happened under the Yin Wood Rooster month during a Yin Wood Goat year, as I was expecting it:

And talking about spine…”Scientists from the University of Sheffield have joined a pioneering £1.3 million research project launched to find new treatments and a cure for the debilitating childhood disease Spinal Muscular Atrophy (SMA).”

We also had the coverage of Tiger Wood successful back surgery this month!

Here you go: by the end of the Rooster month, big announcement from Monsanto cutting 2600 jobs because of falling profits. A big thank you to the world for waking up against this face of evil that is Monsanto:

On another note, it is also a good month for the arts…I expect that we will also hear either about an impressive painting in an auction this month; or about an impressive restoration of paintings or frescos. The association of Yin Metal and Yin Wood clearly brings this image of technology restoring an old work.

A restoration was announced this month but not quite the one I was foreseeing. This is a project to restore modern murals in L.A. Well, it still count!
http://la.curbed.com/archives/2015/09/la_restoring_14_significant_murals_spending_money_to_create_new_ones.php

An old mosaic restored in Israel was however revealed for the first time this month:

As for a masterpiece going on sale, we have seen a new record at Christie this past month with the auction of a modern Indian painting: http://www.newsweek.com/new-york-auction-sets-record-indian-picture-373652

And the sale of a masterpiece from John Constable, The Lock, has been announced as well:

Both the movie industry but also the luxury industry should do quite well this month.

I was unable to find data specifically on the luxury industry for this past month. For Hollywood, however, the September opening record was beaten by Hotel Transylvania 2:

And the Martian with Matt Damon came very close of beating the October opening record in the last days of the Yin Wood Rooster month.

So well on par with my predictions.

A very interesting part was for me the confirmation of important archeological discoveries, confirming the predictions that I made. As a reminder, those were my words:

So, I make this bold prediction of a major archeological discovery that will involve a treasure, a tomb or at least some jewelry; it will most likely be found by digging the soil somewhere and should be hidden under vegetation. That would fulfill the shiny Yin Metal – Yin Earth – Yin Wood dynamics at play.

A main discovery were the secrets chambers found in King Tut tomb – so, indeed, there is a tomb involved here. What is interesting is that we also touch on the idea of secret engineering, a very Metal process – logical during the Rooster month.

Other important discoveries related to tombs and treasures were numerous this month.

The potential tomb of Alexander the Great lover Hephaestion as a start:

And the possible location of the tombs of the Maccabeees, Jewish rebels from the second century B.C also linked to Alexander the Great era:

A small treasure in Transylvania, in a green area:

16 pyramids in an old cemetery in Sudan!

And the discovery of another human species is also not a small feat!

The most striking for me is the discovery of a medieval skeleton under the roots of an old tree that fell down in Ireland.

Recalling my exact words: it will most likely be found by digging the soil somewhere and should be hidden under vegetation

I also announced: Furthermore, expects some interesting announcement for the mining industry with also potential discoveries in that field. It was the case with Iran, saying that they have found a new large reserve of Uranium in the country:

As you see, a thorough analysis of the Stem and Branch of the current month and year of the Chinese luni-solar calendar, through the logic of the Four Pillars/Bazi, can give us accurate predictions on the tendency for the world.

And that wraps us the part 1 of this article about Bazi and the past Yin Rooster month. Now for part 2: predictions for the whole world, please go to this page.