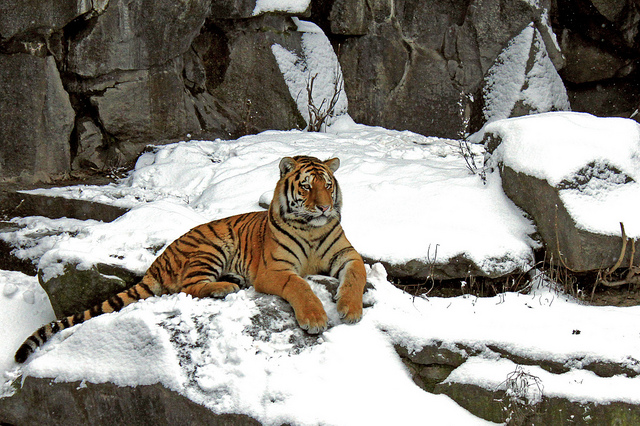 First of all, I’d like to wish you all, or a good Chinese New Year. The Year of the Yin Wood Goat (or Sheep, or Ram) has officially started on the 4th of February 2015 at 12:09 pm. The 4th of February is the first day of the Tiger month, and the first day of the spring season for Chinese people. While the celebrations, based on the lunar term, are indeed on the 19th of February this year, the solar term is on the 4th. So this is it, we are now in the less hectic year of the Yin Wood Goat. And hectic it was, this last month of the Yang Wood Horse year (like Yoda I speak, sometimes). There were some major events that happened and are likely to shape up the world, or at least Europe, for months if not years to come. The Horse didn’t go out without a final kick in our buttocks…And this is well in line with what I predicted. Let’s review this month of the Yin Fire Ox then.

The major events were two rampages situations. The first one in was the awful killing of 12 French caricaturists and journalists from Charlie Hebdo in Paris and the killing the same day of several Jewish people in a Parisian supermarket.

Much had been said on those cases. I will therefore not add much on here; simply, I wish to state once again, as a French who knew what Charlie Hebdo was and was able to read it in its intended language, that it is not the racist and heinous publication that some medias in English speaking countries, interpreting the covers, have depicted. The last issue was published in English so you can read it and make your own mind…

The other rampage was a new massacre by Boko Ahram, very impressive in scale with about 2000 people killed.
http://edition.cnn.com/2015/01/09/africa/boko-haram-violence/

While Charlie Hebdo has been a major focus of the news as it happened inside Western societies (like September 11) the scale and horror of thr Boko Haram massacre should not be minimized or overlooked. As for my predictions in this regard, that you can find in my initial article here which I quote:

This month is a Fire/Metal clash but buffered…In the possible events, we can therefore see more gunfight problems. Either hostage situations or possible rampage…This is not what I wish, but what this clash might bring.

For the rest of my predictions:

This means that it could be a good month for the entertainment industry: movies and TV in general especially that favor this Fire/Metal combo. You know by now that I am obsessed with the box-office, being a geek: well this month, I don’t think we’ll see some records, but still we shall have a January month stronger than usual business-wise, with some nice surprises in movies box-office.

It certainly did happen with the huge surprise and worldwide success of American Sniper, outperforming all expectations. By the way, the movie is about a soldier using a lot of firearms, totally in synch with the idea of gun violence that I predicted for this month: http://boxofficemojo.com/news/?id=4015&p=.htm

There will be possible announcements made by either great studios or TV channels about potential changes of directions, restructuration, or big plans for the year to come.

Guess what: major announcement from Amazon, announcing they will produce movies for theatrical releases

Sony Pictures hired a new president for its animation department

This combination is also not too bad for the field of medicine, research and science. Possible announcements in the field of cardiac surgery.

This DID happen! Carmat, the company behind the first artificial heart, has officially declared that the second patient treated is officially back home and able to lead a normal life. As you see, Astrology can predict patterns in all fields…Article in French http://goo.gl/3UV1Bi

But also with the use of 3D printers for cardiac surgery

And, in a weird twist of event, the blending of both rampage and cardiac surgery with the killing of a cardiac surgeon in Boston!

With the Fire glowing over some Metal, and the Earth involved, I expect some major archeological discoveries, but also potential astronomical ones. The Yin Fire/Yin Metal make me think of a telescope and of satellites. This to me is one of the major tendency, events related to the sky and space.

It certainly happened. In term of major archeological discovery, the Buddhist monk found a meditative state and still “living” as a mummy after 200 years certainly takes the crown:

But there was more:

As for astronomical discoveries, the finding of the Lost Beagle 2 probe found ‘intact’ on Mars also takes the crown!

And there was other space related news

Robberies: another aspect of the Yin Fire/Yin Metal clash has to do with jewelers, if we think out of the box. The Fire trying to control the refined Metal…It is like gunmen robbing some jewellery.
Well it happened all over the world in events combining rampages or hostages and robberies this past month! In other words, everything that I predicted happening at once:

With this combo Water-Fire-Metal clash, we could expect that the transport industry might be in trouble one last time. So a new plane crash or a boat adrift? Possibly. Or some disruption. I want to be optimistic and hope that the dark series of crash is ending for now. Planes are still more likely to be hit than boats, in case of problems.

Yes, those planes crashes happened again this month! Two major ones were reported:

I would also watch what happens with trains and metros this month. Let’s cross fingers to not see another incident, but it could really happen again. I am thinking train as the Ox/Yin Fire combo makes me think of a tunnel, of transport underground.

What about the Eurostar 2 very unusual incidents this month then?

Finally those clashes are not good for diplomacy. We could see events taking place around embassies in my opinion – tensions most likely.

This was seen in the Charlie Hebdo protest worldwide

As for the stock market? It’s going to take another plunge this month I think, but the crash shall be avoided by some measures taken by different governments.

What about the change of rate of the Swiss Franc that scared the whole European Union then:

Followed by the announcement of the European Central Bank that it will inject 1 Trillion Euros in the Eurozone?

How’s this for accuracy?

And finally, something might backfire for one of the great groups of new technology that could be in the news for the wrong reasons: a bug, a recall, tax evasion or something along those lines.

And Google stopping its flawedglasses:

Finally, we even saw the benevolent side of the Yin Fire, with the very moving solidarity worldwide around the French killing, that was actually stronger than the protests:

Here is what I wrote about this: The Yin Fire is usually quite benevolent: like the flame of a candle, it aims at showing the way to others, bringing some light in time of darkness, and usually help us find our path.

So! As you see, a thorough analysis of the Stem and Branch of each month through Chinese astrology/Bazi gives us good clue on what to expect for each month, worldwide. If you want to know precisely what is in store for you this year, contact me for your Bazi analysis and predictions.