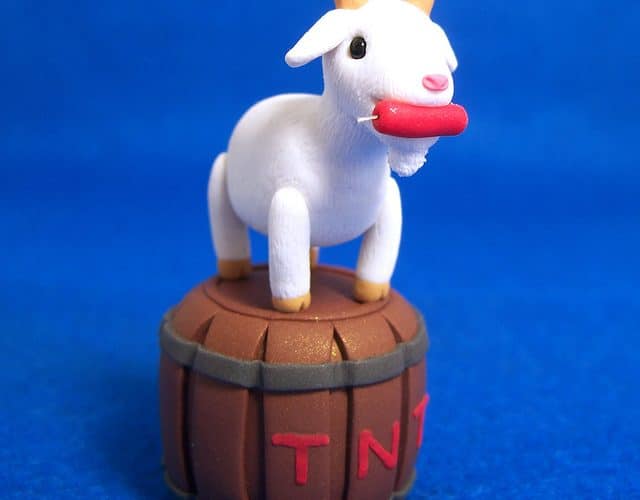 Welcome back to the Feng Shui and Chinese astrology blog for another Chinese month. This time we enter the month of the Yin Wood Goat, that runs in the solar calendar from the 4th of July (independance day yeah!!!) to the 3rd of August 2016 included.

Last month, the Yang Wood Horse brough us a very eventful month, full of terrible events such as shootings and terrorist attacks, the chaos of the Brexit but also with unexpected silver linings such as the peace between the Colombia government and the Farc rebels after….40 years of conflict! You can see the analysis of the Horse month events in this article: Chinese astrology: July 2016, Goat month. Part 1: review of last month. Let’s see what the interaction of those new Bazi stems and branches between the Goat month and the Monkey year will bring us then. What follows are my predictions based on my analysis of this month. The Goat month will bring some explosive events but also good will. Credit: http://www.flickr.com/photos/ittybittiesforyou/

And that is all for this month predictions…

For the Bazi students and nerds: some explanations.

As usual, we have to take into account both the interaction of the month’ branch and stem together, but also the connection with the Yang Fire Monkey year and with all the hidden Stems in the roots. The month is Yin Wood Goat, or Yi Wei, inside a Yang Fire Monkey year, Bing Shen. While I cannot detail the whole process, here is some food for thoughts for you.

If invite you to now go read the part 3 which is your 12 signs and Bazi day master forecast for the Goat month.